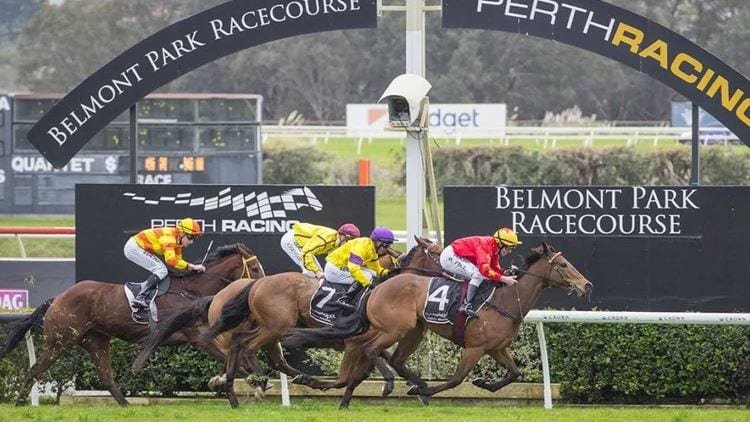 Punters get even betting fields throughout the day in Western Australia and we have our best bets available.

Top of the Pops is unbeaten after two starts and the two-year-old gelding dug deep to score at Ascot last time out.

The son of Spirit of Boom gets every chance off the inside draw and he will be hitting the line with power, so there’s no reason to jump off his back.

Watch for a big betting push on race day.

God Has Chosen is always tough to beat after posting six wins and three placings from 10 career starts.

The four-year-old son of Playing God comes off a win at Ascot and he should handle Belmont with relative ease.

Taking on open-class opposition was too much for the five-year-old gelding, but he will appreciate running in this company.

Kolchino resumed with a tidy fourth at Ascot and we think the four-year-old gelding has plenty of upside this season.

The Darren Taylor-trained runner is unbeaten at Belmont after scoring by 1.5 lengths to break maidens, which is a good sign.

We expect most of the money to come for him on race day.

Galactic Storm is a two-time winner from four starts and he looks to have a bright future at this level.

The Adam Durrant-trained gelding comes off a narrow second placing at Ascot and that form should stack up nicely.

Getting barrier two is ideal and punters could get each-way odds.

She’s Enchanted has fresh up form and she could hit the ground running this preparation.

The five-year-old mare is a two-time winner at Belmont and at the distance, so the statistics read well for the daughter of Planet Five.

Punters usually get value odds and that should be the case again.

Ginger Queen is in fine form following a win at Ascot and that form should translate well to this race.

The four-year-old son of Gingerbread Man dug deep to score the win and he also has excellent form over the distance.

Getting the inside draw helps and punters should be confident.

Elite Street is the deserving favourite after posting nine wins from 18 starts and he should be tough to beat.

The five-year-old son of Street Boss comes off a tough win at Northam and a repeat of that effort sees him winning.

His best form is far too good for his rivals here.

Secret Plan runs his best races fresh up with four starts for two wins and two placings, which bodes well.

The Durrant-trained gelding is also a two-time winner on the track and we think the son of I Am Invincible could hit the ground running.

It could pay to watch for positive betting moves.