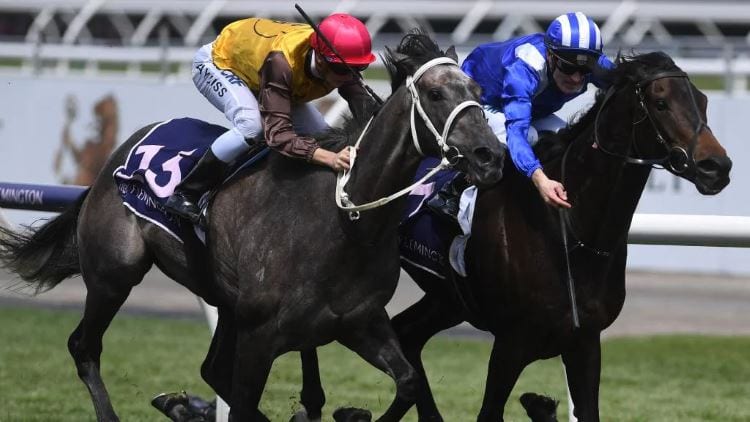 We have expert betting tips for the card this Wednesday at Bendigo, which features 10 quality betting races.

It’s Bendigo Cup Day this Wednesday which features some stayers looking for a last-ditch attempt at getting into the Melbourne Cup.

The 10-race card is always a quality day for punters to enjoy.

Danny O’Brien lines up the three-year-old filly which comes into this having won nicely last time out.

The daughter of Zoustar scored by a half-length as the favourite and that followed up a very good run on debut.

She finished fourth at Flemington behind St Edward’s Crown and the form has stacked up nicely out of that.

Looks a good chance in the first.

Three-year-old filly Mnemba has been close in two runs to date and should go close here.

The Mick Kent-trained daughter of Helmut was only 1.3 lengths behind the winner at Moe last start and she should improve with time.

This isn’t an overly deep field and with 54kg on her back, she should be fighting out the finish.

Iowa Hawkeye looked set to break through last campaign but came up short at his last three runs.

The Mike Moroney-trained four-year-old finished second at his last three runs and he could make a winning start this season.

Moroney has his stable is fine form this year and with strong rider Dwayne Dunn in the saddle, he should be able to go close against an even field.

Beehunter was a narrow winner on debut at Bendigo and having experience winning at this track is ideal.

The form behind the John Sadler-trained runner has stacked up well. Second behind him was Banquo, which scored an easy win last Sunday.

Drawing barrier 11 doesn’t make it easy, but he’s a quality type in the making which could remain unbeaten.

Brimm is a three-time winner from seven starts and she has gradually improved this season.

The Richard Cully-trained runner kicked off her campaign with a seventh at Swan Hill before improving to run third at Cranbourne.

Finishing only a length behind Vanuatu is a good result for this level of racing and she could be brimming full of confidence for this run.

Akkadian is knocking on the door after placing in both runs this season. The Matt Cumani-trained gelding has been making good ground from the back of the field.

The four-year-old hasn’t won since April this year, but it’s only a matter of time and he has faced some tough fields.

He finished second in this grade two starts back and anything close to that form would see him fighting out the finish.

Ollivander hasn’t won for some time now but he has shown enough in the past to warrant attention.

The four-year-old gelding is a one-win type from 14 starts and he’s dropping nicely in grade for this.

Punters should be able to get a good price for the son of Charge Forward but he’s worth considering at double-figure odds if available.

Sully has been right around the mark this season and comes into this with back-to-back placings.

The Busuttin/Young-trained gelding finished second at Moonee Valley behind Captain Cook before running third behind The Chosen One.

He’s a good chance at the weights with only 54.5kg on his back and we’re confident of a good run here.

Marcel From Madrid scored a good win two back at Ballarat before running fairly at Morphettville.

The Paul Preusker-trained four-year-old has always shown plenty of ability and gets another good chance to impress.

He has beaten fields better than this in the past and there is plenty of confident with punters.

Each-way odds on offer for the four-year-old which is fresh up here. He owns a good fresh record with three starts for two placings.

Trained by Stephen Brown, the son of Echoes of Heaven scored back-to-back wins last preparation, which included a win on this track.

He backed that up with a win at Flemington and that class could shine through here.