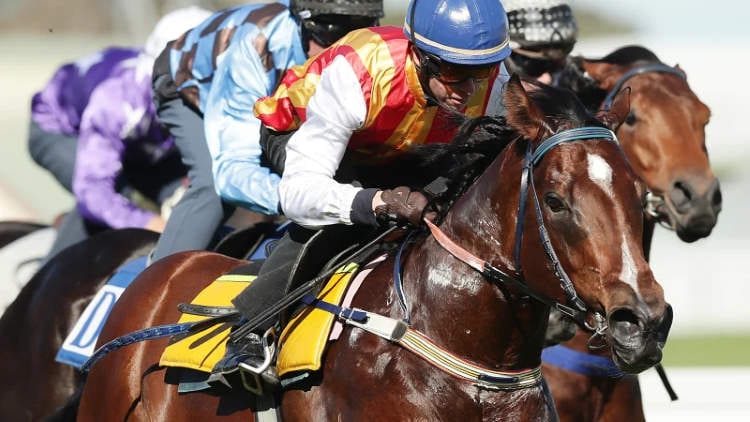 We have expert betting tips for the 2020 Bondi this Saturday, which features a field of 10 three-year-old stars.

The $1 million feature out of Randwick has an even betting field this year and there is plenty of value available for punters.

We have a runner-by-runner guide for Saturday’s Bondi Stakes. 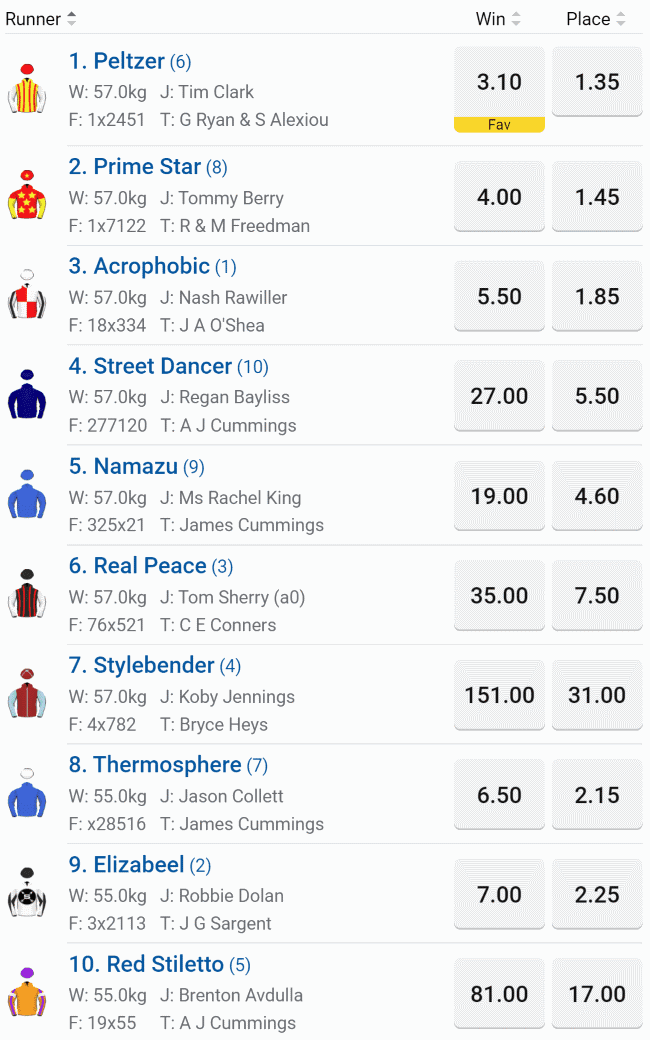 Our best bets for the Bondi Stakes 2020

Punters should have four runners on their ticket for their Bondi Stakes trifecta. Our four runners include our top three picks, plus one runner that is a chance of scoring.

We have included five runners in our first-four selections, and landing the first-four in the Bondi Stakes could pay out a big dividend.

Peltzer is the class act of the field and he showed why when scoring at Randwick last time to the races.

The Ryan/Alexiou-trained colt dictated the pace and kicked away to beat Prime Star. We are predicting the same quinella on Saturday and he will take some beating.

He is unbeaten in three starts at Randwick, so that adds to his appeal.

Prime Star tried hard to chase down Peltzer last start but he had to settle for second. It could be the case again, but the gelding has the potential to turn the tables.

He won the Inglis Millenium earlier this year and he has been steadily getting better since. His last two placings bode well and rising to the mile is right up his alley.

The son of Dissident hasn’t been far behind some smart types this season and he was under a length behind the top two picks at Randwick.

The John O’Shea-trained runner is only a one-win type from five starts, which is the concern. He needs to lift a half-length to win but rising to the mile is ideal.

Street Dancer went too hard last start in the Spring Champion Stakes, but a change in tactics and the drop back in distance should help.

His form prior included a win at Newcastle and a second placing behind Love Tap at Rosehill. It is strong form and we’re prepared to forgive his most recent outing.

A last-start winner for James Cummings that hit the line nicely, suggesting the rise in distance will be ideal.

He ran well in a recent trial at Randwick, so he has experience here and he could be a first-four player.

Real Peace comes through provincial form and although a winner last time out, he would need to find a few lengths.

The son of Real Impact broke maiden grades by beating Stylebender at Hawkesbury by 2.8 lengths. However, he has yet to face anything close to this level of opposition.

Second behind Real Peace last start and that’s not the best form guide for this race. The odds reflect his chances of winning.

A dual acceptor that could also run in Melbourne, but if she lines up here, she would be a chance of winning.

Her run to win at Flemington was gutsy and she finished sixth behind the smart Odeum in the Thousand Guineas last start.

Talented at best and although beaten last Saturday, she didn’t get clear running down the Randwick straight.

Her form prior included consecutive victories and we’re not surprised at the betting support coming her way.

She must be on your first four and trifecta tickets.

A winner on debut that hasn’t fired since. Likely to struggle at this level.