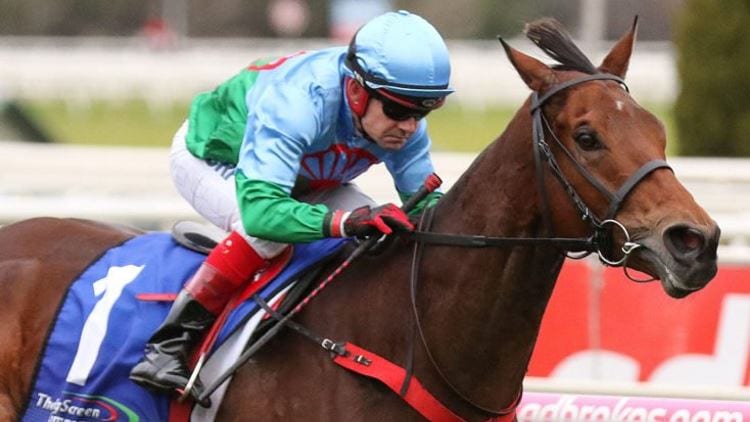 The first Victorian Group 1 of the year runs this Saturday at Caulfield. The C.F. Orr Stakes is a quality race and this year should be no different.

Can Scales of Justice continue his good form? Or, will there be an emerging star take home the prize?

Avilius is too good to leave out of calculations. He’s a winner of 11 races from only 23 starts and that can’t be overlooked.

Two of those wins have come in a fresh state and his most recent run came in the Cox Plate, so he owns more class than this field.

However, there is no market confidence and that’s a worry.

Hey Doc is in career best form with a win at Group 1 level in Perth just two starts back. That win was a quality effort and he backed it up with a nice performance last start.

He finished second behind Scales of Justice and we’re expecting that form to stack up nicely for this Group 1.

A deserved favourite, Scales of Justice is looking to back up his win at Moonee Valley with a big victory here.

The winner of over $2.3 million is in career-best form and he’s still paying a good enough price to warrant as a value pick.

He doesn’t get as much attention because he’s not from a major stable, but don’t let that fool you. He’s all class.

It took Fierce Impact a few runs to find his feet in Australia, but what a campaign he delivered last time in work.

The Matthew Smith-trained runner won the Cantala Stakes during the Melbourne Spring Carnival, which was an incredible effort.

The 1400m might be short of his best but he owns a good record over this distance and he must be considered as a winning chance.

Everyone loves this runner and to come back from a serious injury to win at Group 1 level was simply incredible.

He might need a few runs to warm up this campaign, so look for a better betting opportunity later in the autumn.

Not much is going right for Fifty Stars and we don’t think he’ll be a winning threat in this race.

The Lindsay Park-trained runner has yet to win in three attempts at Caulfield and we’re not expecting that to change any time soon.

The fresh up form of So Si Bon reads well with six starts for a win and two second placings.

He typically runs well on this track but is better suited to Flemington, so we’re going to wait for a better betting opportunity.

He’s the type that can cause an upset on any given day, so be wary of his chances.

The imported runner was last seen running 14th in the Melbourne Cup and we’re not sure running over 1400m is ideal.

He did win his only start over this distance but the European import will struggle to find his legs so early in a campaign.

The odds are juicy and that’s not surprising.

We’re taking Night’s Watch on trust after he underperformed last campaign. However, the talent is there and he runs well fresh up.

He owns two wins and two placings from five fresh up starts, so if he’s going to cause an upset, it could be now.

Damien Oliver rides and he’s in good form at present.

Begood Toya Mother almost went in as the best each way but he didn’t show enough last start at Moonee Valley.

He finished seventh behind Scales of Justice and after a huge preparation last time in work, he might need some time to find his feet.

We can’t rule him out but we’re putting him to the side for the meantime.

The four-year-old is always a danger but he’s not suited by the weights. He has to carry 59kg and his best efforts have come with lighter weights.

Drawing the inside is ideal and he can make his own luck. However, we can’t trust him and we’re not sure John Allen is the best rider around Caulfield.

The Mike Moroney stable is firing and we wouldn’t be surprised if they got Alabama Express to win a Group 1.

The colt isn’t quite up to this level, but he gets in with 55.5kg and his last-start win at Flemington was impressive.

He has yet to face anything close to this level of opposition, so we can’t back him at the odds.