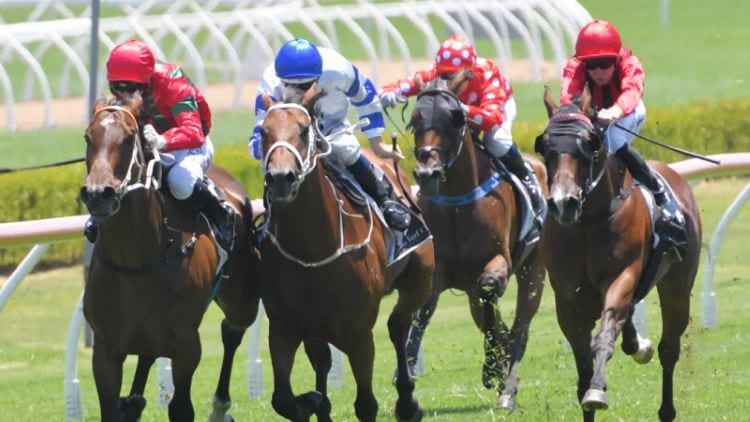 Punters get seven quality races to bet on this Wednesday at Canterbury.

We have free expert tips, form and odds for every race and it should be a quality midweek meeting this Wednesday.

The Waterhouse/Bott-trained two-year-old went well on debut and more improvement is expected this time around.

He’s a speedy filly by Rubick and getting the inside draw is going to allow him to find the rail and kick strongly in the straight.

There has been steady money throughout the week and that’s a good sign.

Chris Waller lines up the two-year-old filly which didn’t lose any admirers when running second on debut at Canterbury.

That followed a trial win on this track by 3.3 lengths and she clearly has some sprinting ability. She’s by Fastnet Rock and has the breeding lines to help.

Money is coming for her and she could start odds-on come race day.

Stella Sea Sun has yet to run a bad race from five career starts. The three-year-old filly has three wins and two second placings from five starts, which is a nice start to a career.

Those wins have come at provincial level and winning in the city is much harder, but she’s a value chance at her current odds.

Jason Collett will likely settle back from the draw and flash home late.

Austria has been facing some tough fields of late and that form should shine through at midweek level.

The Waller-trained four-year-old mare was a winner in New Zealand before coming to Australia where she has run well from two starts.

She’s only going to improve with more experience and there’s a stack of money coming for her.

Rafha’s Choice got back into winning form last start at Wagga and he could continue in that vein of form.

He hasn’t been competing against overly good fields but he scored by two lengths and he has been competitive in rating 70 grades in the past.

There’s a false favourite in this race and he could be a nice each-way chance.

Lindsay Park brings this gelding to Sydney following two second placings in Melbourne. The five-year-old ran second at Sandown last time out, but has a recent win to boast.

That came at Geelong in March where he won by five lengths and that form could stack up nicely against a rather moderate field.

It might pay to watch for any betting moves.

Savigne is knocking on the door after posting four consecutive placings and a win won’t be far away.

The Waller-trained filly has yet to win from seven starts and although she’s taking on race winners, she is well-weighted for this.

It’s good to see Kerrin McEvoy in the saddle and we’re expecting a good run at each-way odds here.