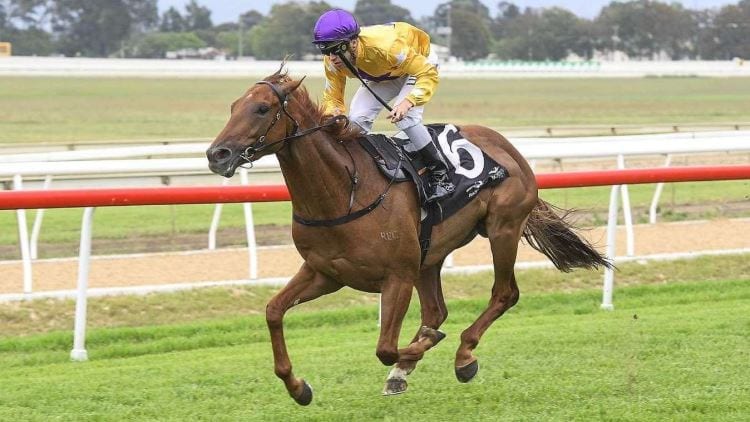 Midweek racing out of Sydney comes from Canterbury this week, where we have free expert tips and form.

There are seven races on the card and there’s some good value on offer across the card.

Chris Waller lines up the two-year-old filly which has had the benefit of a race day start. That came at Randwick when running third on debut and that form should stack up nicely.

She finished 3.5 lengths behind the winner but it’s good to see James McDonald sticking in the saddle and she could pay a nice price in this.

Drawing the inside barrier will make her harder to beat.

Kordia is on debut for James Cummings after showing some good ability at the trials.

The two-year-old gelding ran second at Rosehill at her first trial before running third at Canterbury last time out. He was only a half-length behind the winner in that trial and he’s only going to improve.

It’s a little concerning to see his trial rider opt to ride Disruptor but punters should get a nice price.

England is returning for his second campaign and although he didn’t win last time in work, he faced some tough fields.

The Waller-trained son of Fastnet Rock finished fourth of four runners last time out as the $1.90 favourite but punters should get better odds this time around.

He has been primed with a trial placing and it could run a nice race at odds.

Be Mindful has already won three times this season and he could add another win to that list.

He’s looking to bounce back after running fifth at Randwick last start and although beaten in this grade last start, he could improve.

Gets the big weight but faces a field which doesn’t possess much winning form.

Wolfe was upset as the $2.20 favourite last start but it didn’t lose many admirers when running second at Randwick.

Prior to that the Waterhouse/Bott-trained four-year-old was unbeaten at his first two starts, including a 2.3-length win on debut.

He’s not going to face any easy fields in the city and this will be a good test of his ability.

That was a smart win from Charretera last start and Randwick and he looks to have enough ability to kick on with it.

The three-year-old son of Epaulette turned around a second placing at Gosford to reel them in with ease last start and if he gets the right run in transit here, he could finish over the top of them again.

Bookmakers should offer each-way odds and he’s right in the mix.

Gododdin is another capable runner for the James Cummings stable, which gets the benefit of the inside draw to jump from.

The three-year-old filly finished fourth at Group 3 grade last time in work and she has already scored a 1.3-length win at Randwick as a juvenile.

She’s a speedy and underrated filly which gets every chance to win this and she looks a nice bet in the final race on the card.