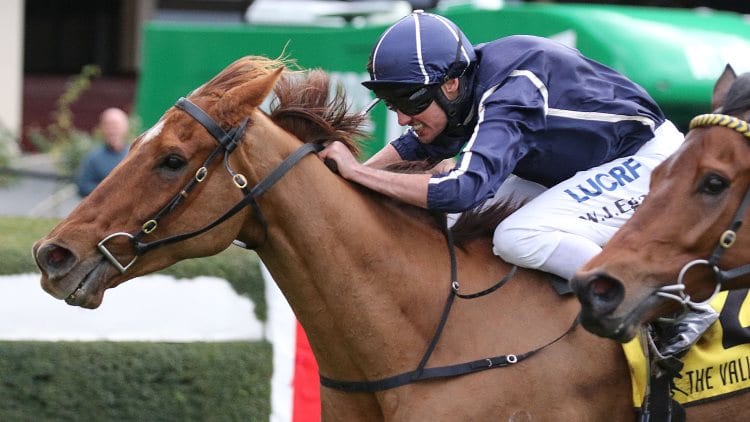 It’s VOBUS Day at Caulfield and that means there’s some serious prize money on offer.

We have free tips and form for all nine races on the card and it’s one of the more unique race days on the Australian racing calendar.

The four-year-old mare is searching for her fifth consecutive win and it’s tough to go past that form.

She kicked off her winning streak in January and she continued that last time out when winning at Cranbourne by 2.3 lengths.

Yet to face a field of this quality, but she’s in the best form of her career and punters could get good odds.

Tasmanian runner which has won his last three starts, all coming this campaign. The Scott Brunton-trained gelding scored nicely at Bendigo last start and that suggested he could win again at this level.

He’s a professional winner of eight from 14 starts and with four second placings to his credit, he’s an extremely consistent type.

Likes to go forward and run them into the ground.

She has won only four of her 21 starts but three of those have come this campaign. That form must be considered here and when she’s not winning, she’s running good races.

Ellerton/Zahra lines up the four-year-old daughter of Snitzel, which ran second in a tough race at Bendigo last start and facing the small field here will only help her chances.

Huge win at Caulfield last start and that could have been the start of something to come. The three-year-old scored by 1.5 lengths but came from miles off the lead.

His turn-of-foot, for a runner bred by Americain, was significant and that’s a great sign of things to come as he steps up over distance.

Will have plenty of support in the betting market.

The three-year-old filly has placed at her last four starts and although she has been costing punters plenty, that loyalty could pay off her.

She was good in behind the winner at Caulfield last start and the form out of that race should be stacking up nicely at this level.

Winning a race has been tough for her but she gets a good draw and having Craig Williams in the saddle is an added bonus.

Has been heavily backed after scoring a 2.3-length win at Bendigo last time out. The two-year-old ran fourth on debut at Pakenham but has seemingly improved tenfold since that run.

Despite this race being worth a lot of money, it’s not the strongest field and he could take advantage of that.

Follow any further betting moves for Prince of Sussex.

Upset at short odds last start, which broke a string of six consecutive wins. He was beaten by only a nose and he wouldn’t have lost too many admirers with that run.

The three-year-old was in grand form prior to that where he just continued winning. If he gets back to anything close to that form here, he’s going to be tough to hold out.

Didn’t fire in the Doncaster Mile but this is a massive drop down in class and we’re expecting plenty of money to come.

The Patrick Payne-trained five-year-old has been running good races and with a record of 10 wins and 12 placings from 28 starts, how can you not have him on top?

Each-way odds are typically on offer for Widgee Turf and anything over $3 is value.

Four-year-old which is capable fresh up, having won in the past. The seven-time winner from 15 starts might go under the radar here and punters could get some good odds.

He’s coming off some average performances but they came at Group 1 level and this is some drop back in class. That should be telling here and he should be right around the mark.

Must include this talented type.