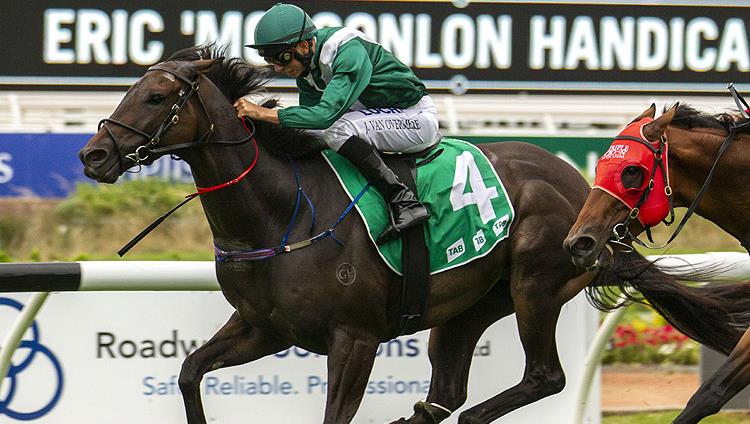 We have expert betting tips for the card this Boxing Day at Caulfield which features eight quality betting races.

We all love a punt on Boxing Day and Caulfield hosts a quality card packed with good betting races.

Some quality thoroughbreds are out to play this festive season.

Neighbourhood is coming off a big win last start and she looks a type that could rise through the grades nicely.

The four-year-old burst home down the outside to win at Pakenham and prior to that she was winning at Sandown.

She owns experience against some quality Saturday types and she looks the best bet in the opening race.

That was an impressive 1.8-length win last start and he’s a colt which has many more wins in store.

The three-year-old by Deep Field is a two-time winner from only four starts and the rise in distance helped last start. Therefore, rising to 1400m looks ideal for this.

He will have to carry a big weight of 60kg but Damien Oliver rides and he could be on the best horse in the field.

Lynch Mob is getting closer to a win after improving nicely throughout the season.

The McEvoy-trained six-year-old is a five-time winner which put the writing on the wall when running third at Pakenham last start.

That form should stack up nicely for this and punters are getting good money.

He’s carrying only 55.5kg and that’s another positive in his favour.

Pinyin is a supremely consistent mare that has finished in the money in nine of her 11 career starts.

She comes into this having run a close third at Sandown last start and there is no reason why she couldn’t win this.

She is a past winner second up and it’s another good ride for Damien Oliver, who will jump from barrier three and be tough to hold out.

Drawing wide won’t make it easy for Hard Press but we’re hard pressed to find a better horse in the race.

The Richard Laming-trained colt has won two of his three starts, including consecutive wins coming into this.

He does have good speed from the barriers, which is going to be a positive from barrier 13.

Craig Williams rides and that could be good enough for him to win.

Future Score is an imported runner which has hit top gear and could continue that form here.

The four-year-old by Cape Cross scored consecutive wins to end last preparation at Sandown and Flemington.

He then returned this season with a narrow win at Pakenham. He should be fitter for this run and be tough to beat once again.

Punters are getting each-way odds.

Strong money has come for All Too Royal in the betting and it’s not hard to see why.

He opened at $7, which was well over the odds considering he has three fresh up wins from four attempts.

The Maher/Eustace-trained five-year-old is an underrated winner of seven from 15 and he’s going to love carrying 54kg.

He looks a good value bet.

Jentico has the ability to beat a field of this quality and we’re prepared to forgive his last couple of runs.

The four-year-old scored back-to-back wins to open this preparation before running sixth at Sandown and eighth at Pakenham.

She’s a better horse than that and getting the inside draw could help her switch on. That could be the key and we’re prepared to back her at the odds.

Punters are getting odds worth taking in the last.