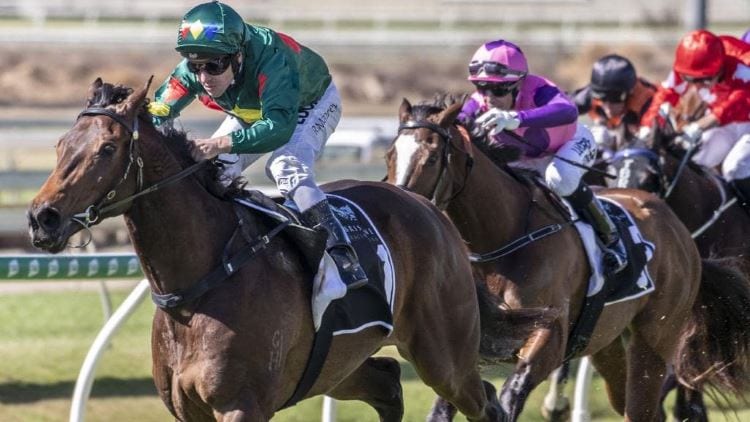 The Caulfield Guineas is one of the premier Group 1 races of the Melbourne Spring Carnival.

It features 19 of the best three-year-old thoroughbreds in Australia and it’s a real stallion-making race.

Punters are getting good value with every runner and we have our best Caulfield Guineas bets on offer.

Our best bets for Caulfield Guineas 2019

Former New Zealand runner which looked good across the Tasman, but hasn’t fired in Australia.

Lost his rider last start and that’s not going to help his cause either. Talented, but has too many niggling problems.

Beaten favourite last start and we’re not sure if the barrier of 18 gives him much chance of winning.

Can be a little one-paced and although he’s the favourite at $3.20, those odds are slightly too short for our liking.

Alligator Blood is unbeaten after five starts and the Queenslander could come into Melbourne and win.

The son of All Too Hard defeated a similar field last time out, which included current favourite Dalasan.

It was a big run from the David Vandyke-trained runner and he has a very nice future ahead of him.

$4.80 is a respectable price from bookmakers.

Chris Waller has a live chance here with Kubrick. He ran fourth in the Run to the Rose last start and he should build nicely on that.

The colt scored back-to-back wins to open his career so he has ability and the distance shouldn’t be an issue.

Just needs some luck from out wide.

Looked to have a big future when winning three of his first four starts, but his recent starts were only fair.

He finished fifth last time out when given every chance and we’re not sure the mile is going to be his best distance.

Kicked strongly to record his third career win from five starts. That form would likely need to improve in order to win at the Group 1 level.

Look for him to run in something easier.

There’s nothing much wrong with the form of Subedar coming into this and he’s at value odds.

It’s hard to stop the Cummings stable at present and with some handy placings coming into this, the gelding looms as a chance.

Broke through for an overdue win last time out but that came in a much easier race.

Could snare a group win along the way but it’s unlikely to come at this level.

Scored a win at his first three starts and he wasn’t disgraced when fourth behind Alligator Blood last time out.

That’s going to be the best form guide coming into this and the gelding looks in tip-top shape.

Good win and placing coming into this but it’s a stab in the dark proposition. Looks held at this level and he should struggle.

Yet to run a bad race but is he Group 1 material? We don’t think so and we’d want bigger odds than what’s on offer.

Mixing his form this season but is talented at best. Might be looking for longer and this stable knows how to train a stayer.

Wait for something a little easier and a touch further.

Has firmed in from $51 but we’re not sure he’s going be good enough.

Could be floundering late and it would some a big upset to see him winning.

Two wins from three starts, which also included a second placing fresh up.

Unsure if he’s a Guineas winner, but there is money coming for him and he shouldn’t be left out of calculations.

Didn’t fire last start but his efforts prior to that were solid.

Drifting significantly in the betting after opening at $11 but he did earn some early respect.

The odds tell the story with this three-year-old. Very poor last time out and that form doesn’t appear good enough.

From an in-form stable and he has some upside. Could run a nice race and there is good betting support at double-figure odds.

Worth keeping an eye on the market.

Comes from a stable of stayers and it should be better with more racing and time under his belt.