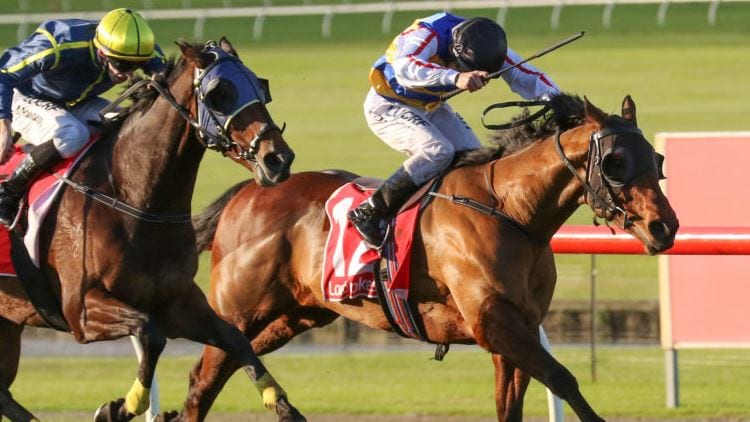 We have expert betting tips for the betting card this Saturday at Caulfield, which features nine quality betting races.

It’s always good racing at Caulfield and with big fields in store this Saturday, we’re looking forward to the winter meeting.

Beaten by Sukoshi on debut at Sale and it has subsequently failed to win midweek, but the third placegetter in that race has since scored by multiple lengths.

It should be a good form guide and Deference battled to the line nicely on debut. He’s only going to strengthen up from that and be tough to beat here.

Likely to be paying each–way odds.

The three-year-old gelding scored a quality win at Caulfield last time out and having experience winning on this track is always a positive.

54.5kg on the back and every chance of winning.

Danny O’Brien lines up the three-year-old filly which has two wins from seven starts. One of those wins came last time out at Flemington and it was a top effort.

She scored by two lengths and suggested that she could rise through the grades nicely this season.

Drawing barrier 10 shouldn’t be an issue as she settles back and she will be hitting the line with purpose.

Lindsay Park lines up the three-year-old filly which is yet to finish outside the first three. Her best run arguably came when running second last start at Caulfield.

That came behind Bam’s On Fire, which is an established quality type and she showed that she can cope with the rise in class.

Drawn wide in barrier 11 and gets an apprentice claimer on her back.

He’s a son of Bel Esprit which doesn’t always show the best consistency throughout his campaign, but he has the goods to take this out.

Gets a good run from the draw and gets some weight off his back.

Tysonic finally scored a deserved win last time out and she’s likely to kick on with it.

Trained by Chris Waller, the filly by Written Tycoon has now won three from 12 starts and she found a good turn-of-foot to score at Sandown.

That form looks good for this and with an inside draw, she’s right in this.

Guizot is racing very well at the moment and he has won seven and placed in 16 from his 41 starts.

The Aaron Purcell-trained gelding is backing up after running second at Swan Hill last time out and his form prior included a win on this track.

Gets in well on the weights at 55.5kg and that should bring him right into contention once again.

Eurack is a highly-talented type which has been a little disappointing this season but has a chance to get back into form.

The five-year-old is a four-time winner from seven starts which handles all track conditions and should get a nice drag into the race.

Punters are getting odds worth taking.

Patrick Payne is a three-time winner from 16 starts which has also placed 12 times. That’s some record and getting the inside draw will give Mick Dee every chance in the run.

Comes into this with a last-start win at Sandown and it came with a nice turn-of-foot. That bodes well for this and he hasn’t finished further back than second this season.

Tough to overlook his chances in this.