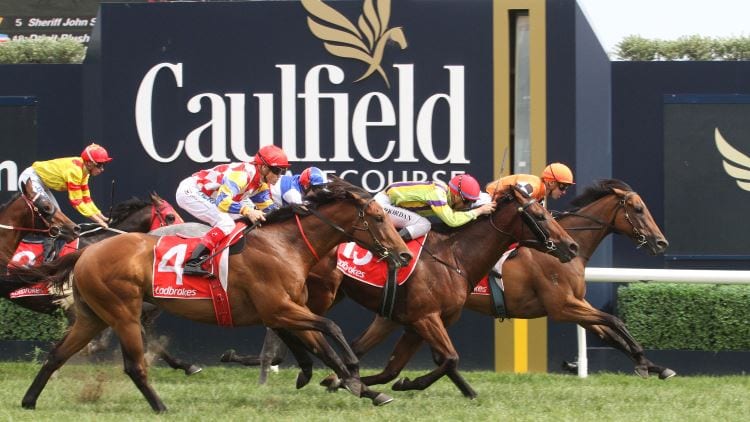 We have expert betting tips for the card this Saturday at Caulfield that features 10 quality betting races.

The Caulfield Cup headlines the card and there is plenty of action throughout the day. We have our best value bets for every race on the card.

Seberate is finding it tough to win races but this isn’t a strong field and he hasn’t been far behind of late.

The Lindsay Park-trained five-year-old finished third at Bendigo two back and followed that up with a fourth at The Valley.

It was a nice run and he could cap it off with a win.

Miss Conduct scored her maiden win at Sale last start and she’s capable of rising in grade and winning again.

The three-year-old by Dissident enjoyed the rise in distance and although dropping back slightly, she shouldn’t mind.

Drawing barrier four is ideal and she has upside this season.

The form of Osamu doesn’t appear to be great but he has been running behind the likes of Wild Ruler and other top three-year-olds.

He has yet to win from eight starts but he owns three second placings and this is the easiest field he has faced all season.

Drawing barrier three is ideal and he will get every chance in the run.

The son of Savabeel has yet to race at Caulfield but he owns good tactical pace and he has faced harder fields to date.

Each-way odds should be available for punters.

Starelle has yet to win from four career starts but the three-year-old filly looked good in defeat last time out.

The daughter of More Than Ready finished second behind Thermosphere at Flemington, which is a cracking form guide for this race.

Damien Oliver rides and that adds to our confidence.

Fiteuse brings impressive Sydney form to the table and that should be tough to get past here.

The Thompson-trained mare owns six wins from nine starts and she had to dig deep to score at Rosehill last start.

Her form second-up includes a win and she is worth following in Melbourne.

Alfa Oro continues to win and we can’t find a reason to jump off his back. The Matt Laurie-trained gelding has won six of his eight starts, which also includes two second placings.

Consistency is key with this runner and he’s looking to make it six consecutive wins. It’s an incredible record and he won on his track by 2.3 lengths in June.

Stick with him as he’s bomb-proof.

Windstorm blew by them at Caulfield last start and the four-year-old is a leading chance once again.

The Williams-trained son of Redoute’s Choice scored a half-length win over Buffalo River two back before winning again last week.

He is on the one-week back-up but that won’t do his chances any harm.

She Shao Fly is capable of producing the goods and she has been right behind the winners this season.

The four-year-old finished second behind Sierra Sue last start after looking the likely winner halfway down the straight.

It was a solid effort and loyal punters should stick with her.