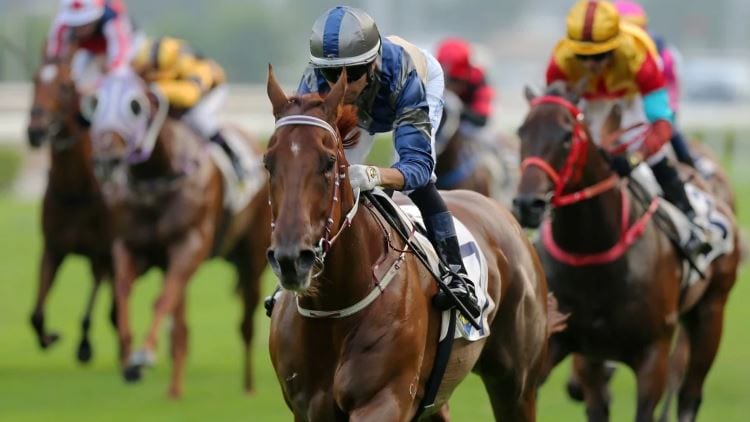 Group 1 action returns in Hong Kong with the The Chairman’s Sprint this Sunday at Sha Tin.

We have form for every runner and our best value bets for the feature race over 1200m.

Our best bets for The Chairman’s Sprint

The John Size-trained gelding owns 10 wins from 17 starts and although beaten by Voyage Warrior last start, he could turn the tables.

The Sprint Cup should be a good form guide for this race and he did well to finish just under a length from the winner.

He’ll be ready to fire and punters should get decent odds.

The son of Duporth has been around the mark for a while now but he can’t seem to breakthrough for the win.

He finished third in the Sprint Cup and he did enough on the line to warrant attention. It was his fifth placing from his last six starts, so he’s a consistent type and is worth considering at each-way odds.

The seven-year-old needs to turn back time to win this race, but we’re giving him one more chance.

He’s an 11-time winner from only 29 starts and despite not having won a race since 2018, he has been running solid races at big odds.

Include Mr Stunning in selections for a bit of value.

The John Size-trained gelding isn’t running well this season, which includes a seventh in the Sprint Cup.

He would need to find a few lengths to be competitive and despite having the in-form Chad Schofield in the saddle, he should struggle.

Coming off a short spell is Wishful Thinker, which could live up to his name. His most recent run resulted in a last-place finish at Sha Tin, but it did come in the Silver Jubilee Cup.

He’s not coming up against Beauty Generation but he is facing a capable field. It’s unlikely that the son of I Am Invincible will figure in the finish.

The son of Darci Brahma finished only 2.5 lengths behind Voyage Warrior last start, so we can’t rule him out completely.

However, he has beaten only two runners home at his last two starts combined. It’s form that isn’t good enough to cope with the pressure of this race.

He’s a nice type in the making with five wins from 10 starts, including beaten most of this field in the Sprint Cup last start.

It was an upset result at odds of $26, so it could have been at the top of his limits. If he backs it up with another win, he could be a superstar.

However, backing up after that win is going to be tough.

Coming off a fifth in the Sprint Cup, Big Party could celebrate with a similar outing here. The four-year-old is a talented type that could rise through the grades nicely.

He owns five wins from 11 starts and he has a Group 3 win to his name. He’s an interesting runner that has upside and could cause an upset.

He’s an experienced type that has eight wins from 32 starts. It’s only his second start in 2020 and that could make it tough.

Punters should be getting big odds for this runner and he looks held.

Jolly Banner is an experienced type that should be run off his feet at this level. The son of Lonhro hasn’t raced since January and he’ll need to fire to take this out.

Drawing barrier three is ideal but that’s where the positives end.

We’re prepared to give this talented three-year-old another chance after he finished last in the Sprint Cup.

He was the $1.80 favourite on that occasion, so his talent is obvious. He won the Group 2 Jockey Club Sprint before running second at Group 1 level.

Zac Purton sticks with him and that’s a good sign.