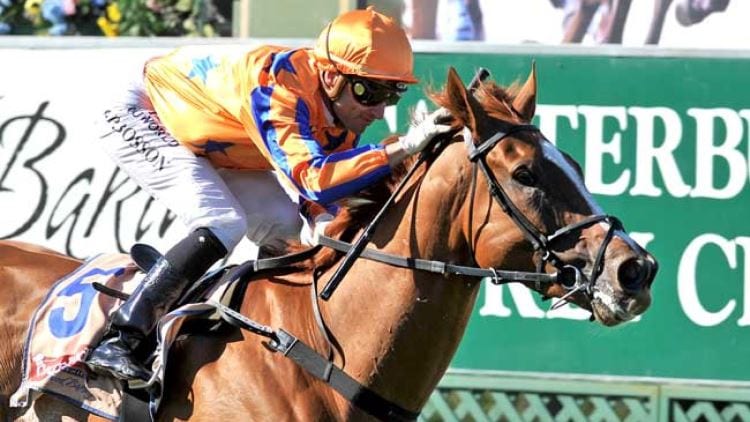 There is no Winx running this year but what punters do get is a much better betting field.

The 2020 Chipping Norton Stakes is an intriguing race which pits some quality Australians against the Kiwi favourite.

We do the form to find our best bet, best each way, and best roughie tips.

It was a solid run produced from Avilius fresh up in the C.F. Orr Stakes and he should build nicely from that run. The 11-time winner always needs respect and he’s getting that in the market at $6.50.

We can’t rule out his chances, especially with Hugh Bowman riding, but there is better value elsewhere in this race.

The old boy lost no admirers when running third behind Alizee in the Apollo Stakes last start. He’s a three-time winner second-up and he loves running at this track.

We would have liked better odds to take the risk, because he is a risk at this stage of his career. We’d prefer to wait for the autumn carnival.

The Kiwi star scored his first Group 1 win at Te Rapa last start and it was an incredible effort to get up. The Cox Plate placegetter picked up the opposition on a leaders’ bias track, which was a terrific pipe-opener for this race.

He has been given the visitors draw, which makes it barriers of 10, 15, and 13 in three Sydney runs. However, he gets back in the run and he should be storming home. The Shark is a good bet.

Dreamforce is an 11-time winner that ran close when second at Randwick behind Alizee last start. The son of Fastnet Rock should get conditions to suit this Saturday and there has been good money come for him throughout the week.

We wouldn’t be surprised to see him win and he should be your ticket as a first-four option.

The Matthew Smith-trained son of Deep Impact has been primed with a trial win at Hawkesbury, and he’s a two-time winner at Randwick.

The imported runner has had one start in Australia, which came in the Cox Plate. He finished a distant last, some 20.3 lengths behind the winner. He did pull up with breathing issues, so we’re prepared to forgive the run somewhat.

However, he might need the run to show his best here.

Punters are getting great value for Homesman, which is fresh up after running 11th in the Cox Plate. It wasn’t a good run but his fresh form reads well. He has had five fresh starts for two wins and two second placings.

At his best, he’s very good. He’s a winner of over $1.8 million and we wouldn’t be leaving him out of calculations.

It wasn’t a good run from the stayer last start and he’s going to get outclassed here. Look for him to show something later this season.

The Waller-trained runner hasn’t won for a while now and punters are losing faith. His odds suggest that he’ll be needing a run or two this campaign.

Another long-odds chance that should be struggling to keep up. Past winner second-up but that’s where the positives end.

The four-year-old is only a two-race winner and he would need a miracle to win this. His fresh form is poor and he needs more time and distance.

Another Waller-trained import that has been good over staying distances, but the 1600m is well short of his best. Could run on late.

Nice odds on offer considering that she’s a seven-time winner and she has won multiple Group 1 races. Her run last start was solid and she always improves with a run under the belt.

Every chance of winning at upset odds.

The former Kiwi runner hasn’t done much since crossing the Tasman but he did look solid at the end of his most recent race.

Could be one for multiples at big odds.