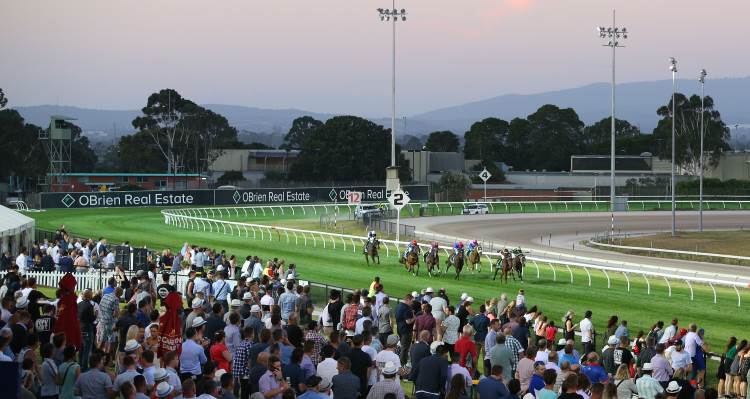 We have expert betting tips for the card this Friday night at Cranbourne, which features eight quality betting races.

It’s a quality card at Cranbourne this Friday night, which serves as a good entrée for the final day of the Melbourne Spring Carnival on Saturday.

Boss Rock doesn’t have much to beat in this race and he could take advantage of that.

The four-year-old gelding has placed in three of his 11 starts and although winless, he shouldn’t be a maiden runner for too much longer.

Gets every chance off barrier five and he’s bred to stay, so seeing out the distance won’t be an issue.

Sunset Eagle has been close in her four career starts and the filly looks set to break through.

Trained by Shea Eden, the daughter of Dawn Approach finished fourth at Bendigo last start behind a nice type in Iowa Hawkeye.

Form out of that race should hold up nicely and she’s only going to get stronger with more racing under her belt.

Punters will have to take short odds for Grand Scholar but she’s a filly that has enough ability to win this.

She showed nothing in the Group 2 Sires’ Produce at Eagle Farm, but returns here where she faces much easier opposition.

Very tough to beat and she should be going close.

Open Minded couldn’t have been any more impressive when scoring on debut. The three-year-old scored convincingly by four lengths.

That only came at Yarra Valley and this is a rise in competition, but it was hard not to be impressed with the run.

Drawing barrier three should see him settle on the speed and try kick away to remain unbeaten.

Olympic took awhile to score his first win but did so nicely at Yarra Valley last start.

The Chris Waller-trained three-year-old scored at his sixth career starts and did so by over four lengths.

That was a win of a horse looking to rise through the grades and more improvement could be expected this season.

It did come on a heavy track, but there is some moisture in the surface.

Star Fall is the class runner of this field after posting four wins from his first eight starts.

The four-year-old by Zoustar didn’t fire at his last two starts, but they came behind the likes of Syliva’s Mother and The Centaurian.

He has shown good barrier speed in the past and that will be useful from barrier 10. He should settle close and kick strongly.

She was disappointing when running down the track at Moonee Valley last start, but Cranbourne should suit better.

The four-year-old mare has been heavily-backed to win this race, which is always a good sign. She scored by 4.5 lengths two starts back and anything close to that will see her winning this.

Nicely drawn in barrier eight and the betting move from $4 to $3.30 is significant.

The Kiwi mare has been a touch unlucky by the pace of the race at her last two starts, but she has ability.

She made a good impression in Australia when running second at Flemington fresh up and rising to the mile looks ideal for this.

She wants time to fully wind up and getting a soft run in transit from barrier three will help with that.