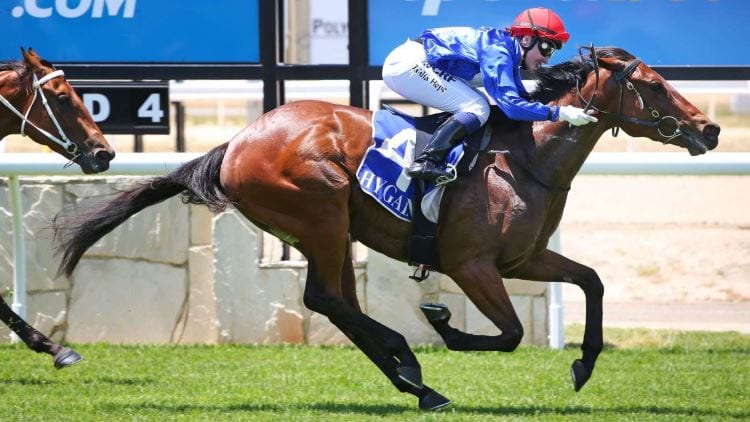 The Group 1 Winterbottom Stakes might take top billing this Saturday in Australia but Moonee Valley and Rosehill host quality races.

Punters are getting good value at both meetings and we have our best bets with form and the latest odds.

The form of Smart Elissim has taken a hit in recent times but he finds a much easier field than his last couple of runs.

Trained by Lindsay Park, the three-year-old gelding won his first two starts at Sale and Sandown before running behind the likes of Master Ash, Lean Mean Machine and Written By.

This is much easier and he gets some weight relief with Lachlan King in the saddle.

Impressive filly which built up to the win at Sandown last start and she looks a type which could kick on with the job.

The Oaks Stud races the daughter of Pins, which has some good breeding lines behind her and there has been good betting support in the early markets. Her opening price of $4.40 has firmed and we’re expecting more money to come.

Craig Williams might be positive from the wide draw and land her on the speed.

Punters might be put off by the form of Shokora but the talent is there and she won’t take long to win her third career race.

She looked good earlier this year when running third and second at Flemington, behind Rimraam and Bella Martini. That form has stacked up at stakes level and she only needs to recapture that form to go close in a race like this.

Drawn well in barrier five and we would respect her chances.

Invincible Al is a past winner at Moonee Valley and he’s going to enjoy carrying 54kg against a field which doesn’t possess any superstars.

Drawing barrier eight could make it trickty over this distance but watch for him to be hitting the line in style.

Al Galayel brings in some serious staying form having finished second behind Savacool at Flemington last start and that bodes well for this run.

Ciaron Maher and David Eustace line up the imported four-year-old which has four wins and three placings to his name in a consistent career.

We have been impressed with his turn-of-foot and given the quality of this field, that should be enough to win.

Tough to win a race on debut against race winners but there’s a few things in favour of Nuclear Summit here.

The Gary Moore-trained two-year-old scored a 2.3-length trial win at Rosehill to prepare for this and he’s a colt by Spirit of Boom, which notoriously handle the wet ground well.

With a heavy track expected, Nuclear Summit could swim through the conditions best.

Nicconita might find one better far too often but she looms as a serious winning chance at this level.

With the favourite being the unbeaten and untested Noble Boy, that gives punters value with Nicconita, which has recent placings behind the likes of Highway Sixtysix and Gitan.

That class is better than most of her opposition here and the $5.50 odds are much better than expected.

The four-year-old mare brings in a top win at Flemington last start and with a drop in weight to 53kg, that’s going to make her even harder to beat.

Having finished at least fourth in all five starts this campaign, Savacool has been a model of consistency and although the small field is often dictated by pace, that shouldn’t worry her too much.

Marsupial has been patiently-handled by James Cummings after scoring a win earlier this month at Randwick and with only 53kg on his back, he looks tough to beat.

His form on rain-affected tracks is good and although he hasn’t won in four starts at Rosehill, three of those starts resulted in placings.

Jason Collett returns to ride and with the weight advantage over Invincible Star, he should be able to go close.