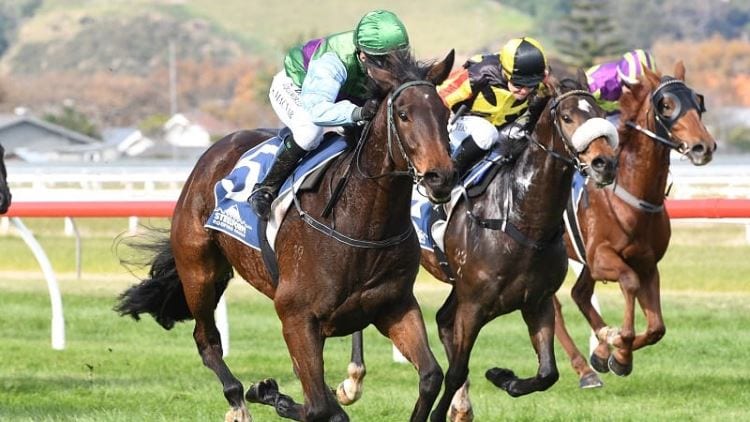 A couple of low-key meetings this Wednesday but there’s some Saturday-graded talent lining up, especially at Warwick Farm.

Punters will get to see some potential city-grade thoroughbreds in action and we have our best bets across both Warwick Farm and Sandown on Wednesday.

That was an easy kill last time out at Warwick Farm when scoring by 6.5 lengths and more of the same could come here.

Trained by the Waterhouse/Bott stables, the three-year-old filly made it back-to-back wins with a sublime effort and although stepping up in grade for this, dropping back in weight is only going to help her chances.

She’s a filly that could rise through the grades and be tough to beat at a short quote here.

This filly could put the Bjorn Baker stables back on the map after her one-length win against a strong field at Hawkesbury last start.

A daughter of Shamus Award, the three-year-old backed up two trial wins with a dominant display last start and securing a good draw and light weight will take her close in this.

She opened at $2.90 and has drifted to $3.10 but there should be market confidence on race day.

The progeny of Zoustar are firing on all cylinders this season and Zouologist looks another top contender to break maiden grades.

Chris Waller lines up the three-year-old which has finished third in both starts to date but he has been taking on good fields at Randwick and Canterbury.

He should find this slightly easier and with James McDonald in the saddle, expect a top effort from the favourite, which has been well-backed to win.

Chris Waller and James McDonald pair again with Haut Brion Her, which ran second on debut at Randwick and should strengthen nicely from that effort.

Another Zoustar filly, the three-year-old was a trial winner at Rosehill prior to that and there’s plenty of market confidence with the youngster.

With only one run to use as a form guide, follow the positive betting movement with this one.

Yet to win from nine starts but the well-tried three-year-old has scored four minor placings. He also has race fitness on his side after having five runs already this season.

The son of Real Saga might be better suited against this level of opposition and punters have already launched into his opening price.

Could start as the odds-on favourite.

From The Clouds has a serious turn-of-foot when on her game and we believe she looks well-placed for this.

The aptly-named mare has three wins from 20 starts and given the amount of racing she has done, that’s going to bode well against this moderately immature field.

Expect the Matt Laurie-trained runner to settle off the pace and come from the clouds with one last-ditch effort.

Not easy to win after six starts in one campaign but Darren Weir has Roumaza travelling well this season and he could offer punters some value.

The former Kiwi runner has been busy since arriving in Australia, having five starts for two wins and three placings. His consistency has been rewarding punters so far and he hasn’t had much luck lately.

We’re expecting another tidy effort from the each-way chance.

Four-year-old mare which went close at Sandown last start when running a nose behind Moonlight Ruby and that form should stack up nicely here.

She has drawn wide in barrier 10 but the Lindsay Park-trained runner has good tactical speed and Lachlan King gives her some weight relief.

Always a chance and the $5 is a fair price.