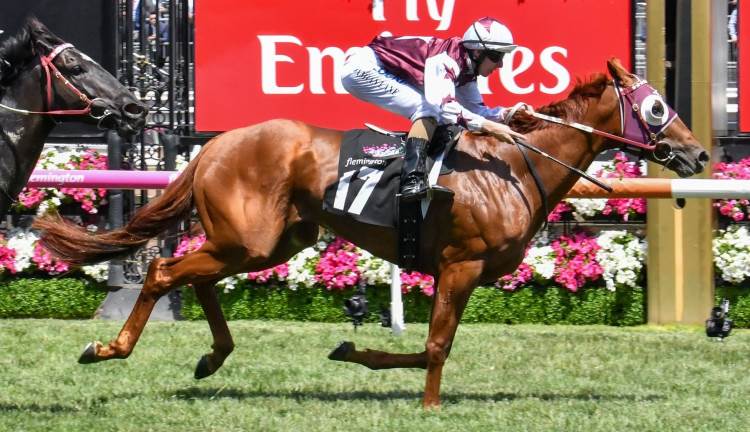 Pakenham hosts a rare feature Saturday meeting and the nine races all include quality betting opportunities.

The $250,000 Pakenham Cup is on the card which includes some former international interest which should make for an intriguing race.

Rosehill also has a quality betting card for punters and we have found our best tips across both meetings this Saturday.

Money is coming for this talented three-year-old which scored at odds of $1.26 last start at Cranbourne.

The Mick Price-trained son of All Too Hard found things all too easy last start when winning by 5.5 lengths and punters are getting a much better price for this run.

This race is harder and he has drawn a touch wide, but the $4 will likely shorten before they jump.

Fontein Lad has improved with every start this campaign and a win doesn’t look far away.

The son of Turffontein finished third behind Jolie’s Café two back at Moonee Valley before running within a length of the winner at Cranbourne last start.

He looked gone as they approached the home turn, but he fought on resolutely and that’s a good sign.

Good enough to run in the Queensland Derby, the four-year-old should cope with this grade and we’d be surprised if he didn’t go close.

Jungle Edge is an absolute mud lark and that was evident when he won by 2.5 lengths at Sandown last Saturday.

Making the quick back up because of the rain-affected track, the Mick Bell-trained runner is set to improve his already impressive wet track statistics.

He has had 29 runs on slow or heavy ground for 13 wins and eight placings. That’s a serious winning record and he’s going to get every chance again on this occasion.

Drawing the inside will allow him to find the rail and kick strongly. Having a 3kg claimer in the saddle is needed as the 63.5kg might have been too much.

The Darren Weir-trained runner has great form lines coming into this, which includes a win over stablemate and subsequent winner Night’s Watch.

Searching for three consecutive wins, Another Coldie was a winner at Flemington in the Country Cup and he backed that win up with another in the Donald Cup last start.

This will be his toughest test to date, but the 1.5kg claim from Ben Allen takes his weight down to 52.5kg and that’s 7.5kg less than stablemate and top weight Howard By Thy Name.

The seven-year-old is an underrated stayer and he was putting in the big bounds late at Ballarat in the Cup.

Trainer Danny O’Brien is confident of a good showing here and the rise in distance is only going to help his chances.

He produced two consecutive 4.25-length victories over the staying distances earlier this year and he would have needed the two runs back from a lengthy spell.

The $6 on offer from bookmakers is well over the odds.

Trained by James Cummings, Gongs was an impressive winner on debut when drifting in the market.

The two-year-old filly by Dawn Approach opened at around $3 for that run and started at $5.50, but punters won’t let her slip away again.

That 5.5-length win was top quality and she showed good natural sprinting ability, so the wide draw shouldn’t be an issue.

There are some nice types in this field, but Gongs brings in the best form.

Form behind Pretty Fast is stacking up well this season and this three-year-old colt ran within a length of it last start.

The Gerald Ryan-trained colt was a narrow winner at Warwick Farm in June before coming back and running third behind Hualalai at Rosehill.

It was a good return to racing last start on this track and he will only take improvement from that outing.

Nice odds are on offer for Leami Astray, which is long overdue a win.

The five-year-old mare led the field at Rosehill last start before battling well for fourth and she should take plenty from that run.

She’s a runner which was good enough to run in the Sapphire Stakes at Randwick during The Championships and she’s better off ridden a touch colder than last start.

Expect in-form jockey Kathy O’Hara to settle the mare just in behind the speed and she could run a handy race at odds.

Bon Amis might have tarnished his unbeaten record at Rosehill last start, but he didn’t lose any admirers.

The Jason Dreamer-trained four-year-old had to chase the runaway leader for the entire race and he still stuck on well for second.

Prior to that he was unbeaten from his first four starts and he defeated some handy horses along the way. He will need to do the same again here, with the likes of Test The World and Single Bullet being class types, but Bon Amis looks to have some x-factor.

We’re expecting his current odds to firm a touch.