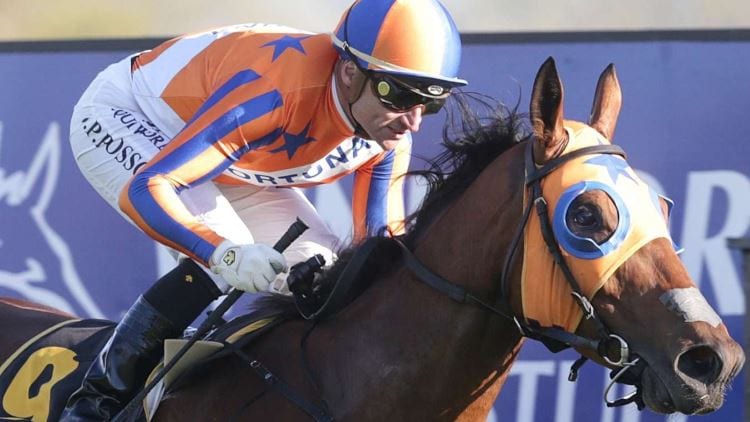 The feature race on Day 1 of The Championships, the Doncaster Mile should live up to expectations.

A maximum field runs for the big prize money where bookmakers have a wide-open market.

We have form for every runner and our best bets for the 2020 Doncaster Mile.

Our best bets for Doncaster Mile

Melody Belle is coming off a third placing in the All-Star Mile and what’s not to like about that form?

She’s a champion Kiwi runner that is a four-time winner at this distance. Her 15 career wins have mostly come at the highest level, and punters are getting fantastic value.

She goes on top at the odds.

Kolding loves this track and distance but he hasn’t been running up to his best this season.

Drawing barrier 17 doesn’t help, but we wouldn’t be surprised to see him win. $14 is a decent price given his record.

He’s an enigmatic type that might be looking for more distance. It was a fair effort fresh up when seventh on this track.

Expect improvement but not enough to win.

The imported runner has done well just to continue racing after a serious injury. However, he didn’t show much last start and his recent trial was only fair.

He might be past his best so we’ll pass on his chances.

He likes running second-up and there was plenty to like about his fresh performance. The Waller-trained gelding isn’t getting younger, but he’s still running competitive races.

Best of Days has been his best days. He’s not running well enough to win the Doncaster, and a top 10 performance could be an upset.

There’s no denying his top-end ability but he’s not showing it. He’s coming off a average performance at Caulfield and he would need to improve a lot to win.

The odds should drift on race day.

His opening odds of $14 have been slashed. He was safely held last start but he draws well in barrier two.

It’s probably the season for the betting plunge and although he’s not in our selections, a win wouldn’t be a shock.

Second behind Imaging last start and if that’s a good form guide, he could run in the money.

We haven’t seen enough of the import to bet with confidence, but he has been set for this race, so watch out.

Scored a good win last Saturday but James McDonald jumps off his back. That could be due to weights, but either way, it’s not a good sign.

If they go hard up front, he could storm home late. However, he looks outclassed.

The former American showed her worth when winning at Rosehill last start. She’s capable of producing another top effort and punters get good odds.

We wouldn’t rule her out.

He scored a tough victory last start but has been dealt a blow with barrier 20. If he can find a good spot in the run, he’s tough enough to win.

Carrying 53.5kg and getting the inside barrier helps his chances. He hasn’t faced a field like this before, but his form is solid.

Disappointing effort last start but he should get conditions to suit. He is unbeaten on heavy tracks, so watch the weather report.

He’s not running up to his best and he doesn’t win fresh up all that often. The odds are correct.

It was an overdue win for Night’s Watch last Saturday. He could ride that momentum and go back-to-back.

He’s good enough and we wouldn’t leave him out of calculations.

The future cups runner is on the drift, but we’ll take the $11. He’s coming off a win at Randwick and he paid $1.70 on that occasion.

Carrying 52.5kg is a steal and he should be tough to beat. The only concern is the distance but it’s a risk worth taking.

She scored well fresh up but was beaten easily last start. Prefer to see her in something easier, but the 51.5kg helps.

The colt is trying to do what Brutal did last year. He gets in with 50.5kg on his back and the consistent type could win.

It was a much better run last start and that could spark him into life. We wouldn’t be surprised to see him be competitive at the weights.