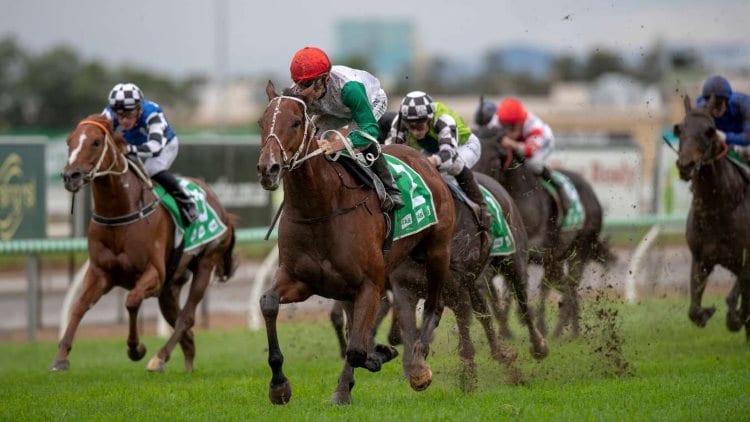 The major middle-distance race of the Brisbane Winter Carnival is the Doomben Cup and it runs this Saturday.

We have expert tips, form and odds for every runner in the field, which contains many of Australia’s most exciting stayers and rising stars.

Our best bets for the Doomben Cup 2019

Big Duke is a lovable horse but punters are finding it tough to follow him with any confidence.

He looked good when placing in three of his last five starts, but his effort in the Sydney Cup last start was poor and he’s at long odds for this.

Underrated type which showed his real ability when winning the Hollindale Stakes last time out. That win will hold him in good stead for this and he should get conditions to suit.

He’s a much better type in the wet and although he found racing in Sydney and Melbourne slightly too tough, racing in Queensland looks to be his go.

Ran second in the Hollindale behind Life Less Ordinary and that appears to be the best form guide coming into this.

Chris Waller has the seven-year-old running nicely and he scored a quality win in the Doncaster Prelude in March.

He has been a tough horse to follow throughout his career but this is the time of the year where he should excel.

Capable of causing an upset but it looks held in this. Coming off some rather ordinary runs and he failed to beat a runner home last start.

The odds tell the story.

The Kiwis have been winning during the carnival but this looks a stretch too far. The Moroney-trained four-year-old hasn’t been running well in New Zealand his last few starts.

He didn’t handle heavy conditions two starts back and it’s unlikely to be improved here. Odds are slightly too short.

It has been a steady rise through the grades for this provincial horse, which wasn’t good enough to win the Provincial Championships, but has won seven of his 10 starts.

The five-year-old is on fire after winning the Members’ Handicap last start and do it in style. Winning at Group 1 level is another rise in grade completely, but he’s in form and his odds could be worth taking.

Consider at each way odds.

Failed to make any ground on a heavy track last start in the Prime Ministers’ Cup and that’s not going to be a good form guide for this.

Capable on his day, as he showed when winning three back at Doomben. That win was a solid effort and although beaten twice since, he was making ground late last start.

That came in the Hollindale Stakes and we’re not put off by the $35 on offer. He’s right in this.

In good form following a win at Doomben and then a placing in the Hollindale. Paying bigger odds than expected and punters are getting a great price.

The Kris Lees-trained runner is fighting nicely this season and if the track comes up in the heavy range, his odds will shorten drastically.

Comes into this having placed in the Scone Cup and although we’re not sure if that’s the best form guide, it was a good run.

His form prior included handy efforts behind the likes of Pierata and Fifty Stars. That form would take him close here and the odds are worth the risks he possesses.

Is seemingly always well-backed to win, despite not winning with a good frequency.

The Waller-trained mare has won eight from 36 starts and she will appreciate running against this opposition, but she doesn’t win often and is a risk here.

Keep safe but the odds are too short.

Booming win in the Group 1 Queen of the Turf two back. Didn’t follow that up with much last start and this enigmatic runner is tough to follow.

She can beat most types on her day but knowing when that day is coming can be tricky.

The current favourite and that run for fifth in the Hollindale had plenty of merit. She has been set for the Doomben Cup and track conditions will come into play here.

She’s yet to win on a heavy track but has three wins from five starts on a slow track. Chance here with the right run in transit.

Former New Zealand runner which hasn’t adjusted to live in Australia. Not running well enough and we’re expecting her to struggle once again.

Owns a stack of ability but doesn’t always want to show it. Mixes its form with the best of them and if she’s in a good frame of mind, the $31 could look silly.

Consider at the odds.

Beaten in the Members’ Handicap last start but he wasn’t disgraced. He’s a three-year-old which isn’t suited by the weights here and we can’t believe the odds on offer.

He’ll need to improve a length in order to take this out and we’re not intrigued by the $5.50 on offer.

Lovely run for third in the Hawkesbury Cup last start behind Archedemus and that’s solid form for this.

He’s only going to improve with more racing under his belt and the Kris Lees-trained runner looks in good shape.

Good win three back but he’s not running well enough of late to be a winning chance in this.