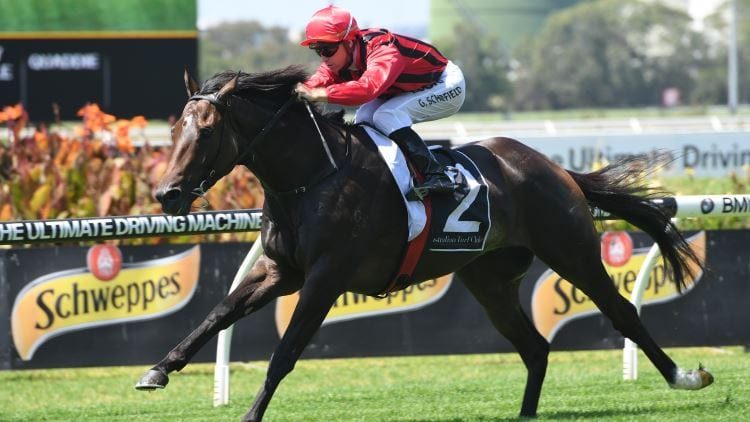 Racing is Brisbane is about to heat up with the Magic Millions just around the corner, but stakes racing is presented this Saturday at Doomben.

The Buffering Plate, Vo Rogue Plate and McLachlan Stakes are just some of the feature races at Doomben and we have free expert tips for every race on the card.

The five-year-old was a touch disappointing at Doomben last start when running sixth behind Awesome Pluck but that form has been franked and his form prior would take him close.

He hasn’t won since November of last year but he has been very consistent since with four placings from five starts. He has become a tough horse for punters to back for the win but he looks to have the class edge over this field.

Bookmakers opened him at $2.70 and there has been solid support since.

Good value on offer for the five-year-old gelding which hasn’t been far away since winning by 1.8 lengths at Sunshine Coast three back.

The son of Rothesay ran 1.5 lengths behind Coral Bay last start, which is a $4.80 chance here and we don’t think there’s that much difference between them.

54kg on his back is ideal and he represents value.

Not the most consistent horse around but he’s talented at best and would beat this field with ease on his day. The Darren Weir-trained gelding was disappointing in the Pakenham Cup last start but his form prior included a win in the Ballarat Cup.

He hasn’t lived up to the potential he showed as an age-group star but conditions suit here and bookmakers are offering a good win price.

Drawing barrier 14 is going to put off a lot of punters but Tactical Advantage is an on-speed horse which can burn to the front from the tough draw.

The Kris Lees-trained sprinter is coming off a short break after running second at Randwick and prior to that he scored a 2.5-length win at Randwick. That form will be good enough to take this out and his overall record of 19 starts with eight wins and seven placings reads well.

Was backed off the map last week but didn’t make the field. The Tony McEvoy-trained filly has been backed in from $2.60 to $2 for this and that’s another solid move.

She’s a filly by Zoustar which hasn’t had any public trials leading into this but money speaks volumes and she could start as short as $1.50.

She appears to be an exciting type which should attract punters come race day.

Went down to a smart type in Zoustyle last start and she didn’t lose any admirers with that effort. The talented three-year-old was an outstanding winner on this track prior to that and she has always shown stakes-winning ability.

She has won over $450,000 from only nine starts and that’s only going to increase with time. We’re expecting her to be tough to beat here and she will get back from the barrier and work home with force.

Punters will have to take short odds around Victorem but the $1.75 will be a nice multi-bet inclusion.

The Jenny Graham-trained gelding has always been a good bet, as his six wins from 11 starts would indicate and he’s coming off an impressive 3.8-length victory at Doomben.

He handles all track conditions and there will be many punters backing him in come Saturday.

Sydney form should stack up nicely at Doomben and although beaten last time out, the James Cummings-trained gelding has some nice form lines.

He ran sixth behind Sky Boy last start and that form has been steady throughout the summer racing season. Prior to that he had placings at Rosehill and the four-time winner looks the goods for this.

She’s a speedy type which has won six from 11 starts and has been primed for this by running a recent trial at Warwick Farm.

The Cummings-trained mare was a winner at Rosehill last time to the races and her only bad run came at Morphettville when running last at stakes level.

She will find this slightly easier and there’s good money on offer.