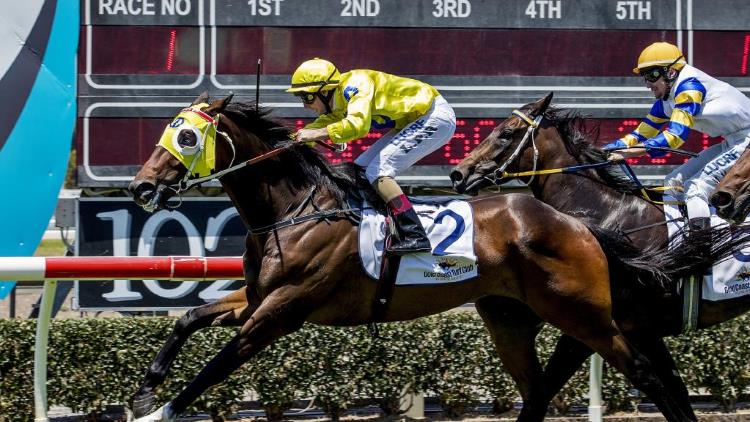 All the big stables are out in force at Doomben this Wednesday as the Magic Millions are only 11 days away.

Plenty of quality races for punters to enjoy this Wednesday in Queensland.

Wisdom of Water has had the benefit of a race day start when finishing fourth on debut.

The Edmonds-trained two-year-old ran as the $1.70 favourite at Eagle Farm and after settling on the pace, the pressure told late.

The son of Headwater finished fourth but he’s only going to derive benefit from the experience.

He has had a trial placing since that run.

Billy Healey lines up the three-year-old that looked impressive when winning at the trials.

The three-year-old scored by just under five lengths and anything close to that come race day would be seeing him win.

The son of El Roca is bred to show early speed and should get every chance off a good barrier of five.

Betting will be interesting with this runner.

Gracie Belle looked the goods last season when winning four of her 11 starts. It was a lengthy opening campaign, which also included four placings.

The mare by Top Echelon has had two trials to prepare for this and the small field is going to help her chances.

Stephanie Thorton takes some weight off the 55kg and there are many positives in her favour for yet another good run.

Caribbean Kisses has yet to win from five starts but she put the writing on the wall last time out.

The daughter of Fighting Sun has three placings on her record and one of those came at Doomben on December 13.

She was able to settle just behind the pace and grind away nicely. Having that race fitness is only going to help her chances moving forward.

Each-way odds will be offered by bookmakers.

That was a strong win from Amorita last start and she could kick on with it now.

The Matthew Dunn-trained four-year-old scored her fourth win from 11 starts when winning at Gold Coast and she has since had a trial.

The trial was to get her prepped for this run and she wasn’t asked to do much when finishing fifth of six runners.

She will get a nice run off an inside barrier and be right in the thick of the action.

Five-year-old Seat of Power is a three-time winner from six starts and he looms as a good winning hope here.

The Michael Costa-trained gelding kicked off his campaign with a fourth at Gold Coast and although beaten as a $1.90 favourite, he will improve with the run.

There isn’t much depth to this field and he could easily take advantage of that.

Bush Shindig looked good winning on debut at Murwillumbah and he could remain unbeaten with some luck.

The three-year-old by Uncle Mo had five trials to prepare for his debut run and they all came in Sydney. He was able to win a trial at Warwick Farm and that’s going to hold him in good stead.

He faces a harder field here but he is more than capable of handling the pressure and winning once again.

Hi Harry is a two-time winner fresh up and he should be able to fire up in this race.

The Steven O’Dea-trained runner has six wins on his record and nine placings, so he has plenty of experience to call upon.

He will have to carry a big weight but he has in the past, so we’re not worried about that.

Nice odds will be on offer.