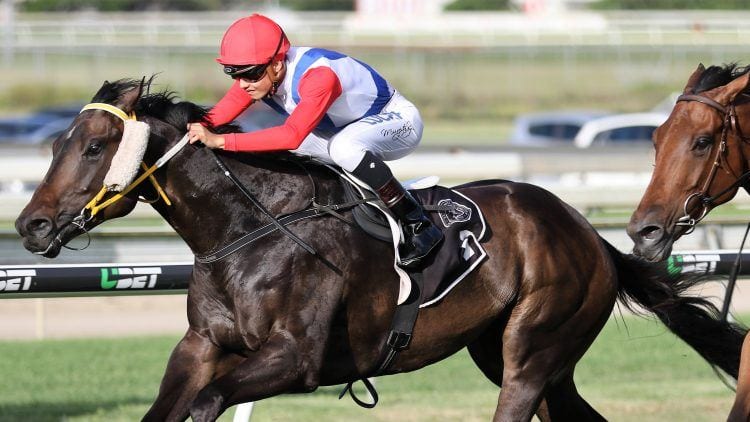 Good numbers throughout the card at Doomben and punters should be getting plenty of value this Saturday.

Looked good winning his first two starts at Gold Coast before running fourth last start. He ran as the $1.75 chance last start but could redeem himself here.

His first two wins came by a combined margin of 5.6 lengths and if he’s anywhere close to his best here, he’ll take some catching.

Drawing wide in this race might not be the worst thing in the world.

The Kris Lees-trained five-year-old looked good in New Zealand and although he wasn’t performed well in Australia, we’re giving him another chance.

Dropping to 54kg with Jeff Lloyd in the saddle is a bonus.

Ingear couldn’t have been any more impressive on debut if she tried. The well-supported Tony Gollan-trained filly scored by 4.5 lengths after leading throughout.

That win will do plenty of confidence and she burst out of the barriers and was never headed. This is a much harder task but staying down in the weights helps and we’re confident she can remain unbeaten.

Bookmakers should have her competitive in the market.

Toby Edmonds trains the four-year-old gelding which is coming off a recent trial placing at Deagon.

At his best, he was good enough to win at Sunshine Coast by four lengths before winning again at Ballina by more than a length.

We would love Jeff Lloyd to win the race named in his honour.

Amanaat was good enough to rattle off three consecutive wins last year and although below his best this season, he could rebound.

The five-year-old gelding is a nine-time winner which ran a close fifth at Doomben last start and that form should stack up nicely.

Gets the inside draw and every chance of taking this out.

Victory Eight returned to form with a 3.8-length win at Sunshine Coast last start and he could go back-to-back.

The Miller-trained runner is a seven-time winner which has three wins on a rain-affected track and $3 is a fair-enough price to take.

Consider as an each-way chance.

Snipstream was too good for them last start at Kilcoy and he has since been prepared with a trial at Toowoomba.

He’s a professional winner of five of his eight starts and although there’s some smart types in this field, he’s capable of winning.

Handles all conditions and he has drawn well in barrier five.

Pippie looked the goods when winning on debut at Cranbourne by five lengths before running second at Moonee Valley.

The Meagher-trained three-year-old hasn’t been seen since August when she ran seventh behind Sunlight and that form has been franked at the highest level.

Punters will jump all over the $3.10 on offer so get in while it lasts.

Did the job with ease last Saturday and although drawing barrier 22 makes it tough, she has good tactical speed.

The three-year-old is a three-time winner from 12 starts and she was able to put up two lengths on the field at Doomben.

A repeat could be on the cards.