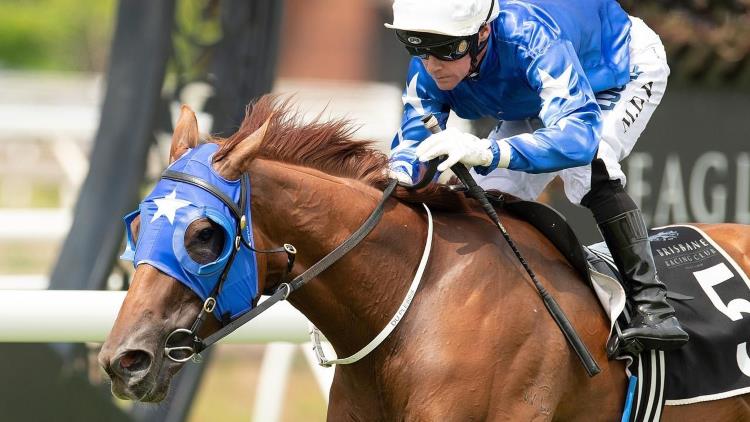 Doomben is the venue for the Brisbane Winter Carnival this Saturday, which includes the Group 1 Queensland Oaks.

Nine quality betting races for punters to enjoy and with the track conditions holding up well, it should suit most runners.

Peter and Paul Snowden line up the last-start winner which did the job nicely at Newcastle.

The two-year-old colt scored by a length and lived up to her potential, which she had been showing in much stronger races in the city.

There’s not much between this field but securing James McDonald in the saddle is an added bonus.

Longbottom was beaten at Scone last start but far from disgraced. The Kris Lees-trained runner finished a half-length behind Spilt and she didn’t get all favours.

Her form prior included consecutive wins at Muswellbrook and Eagle Farm, which should hold her in good stead for this.

Drawing barrier three is ideal and she should run another tidy race.

Meet Mr Taylor meets an easier field here after running sixth at Doomben last start. That came behind Isaurian, which would likely start the favourite in this.

He’s a six-time winner from eight starts and he’ll get some weight off his back from apprentice jockey Corey Bayliss.

The four-year-old is a smart type and he could get back to his winning ways.

Looked good earlier this campaign when scoring at Randwick and her most recent efforts haven’t been too bad.

Both of those came at Group 2 level behind White Moss and I Am Excited. That’s good form for this and she will enjoy carrying 55.5kg.

Not much between this field but the $4 represents value.

Plague Stone is a nice type which didn’t lose any admirers when running second behind the unbeaten Zoustyle last start.

Prior to that he was a good winner at Kembla Grange by nine lengths in the wet conditions and he doesn’t mind harder track conditions.

He’s a dangerous type with only 54kg on his back and he should get the job done.

Tony Gollan lines up the five-year-old which is a six-time winner from 20 starts. He also has nine placings under his belt and he’s good enough to compete at this level.

Brad Stewart rides at 54kg and that’s his biggest attribute for this run. He drops from 58.5kg when running second last start and that could make all the difference.

She does get back in the run and she requires luck but her two wins earlier this preparation were top notch.

Drawing barrier 12 isn’t an issue and we’re confident of her chances.

Chris Waller has this seven-year-old gelding running along nicely and that was a tough effort last time out behind Kenedna.

The eight-time winner also has 16 placings to his name and drawing barrier one could see him settle closer to the pace.

That’s only going to help his chances and the $4.20 on offer reflects his chances.