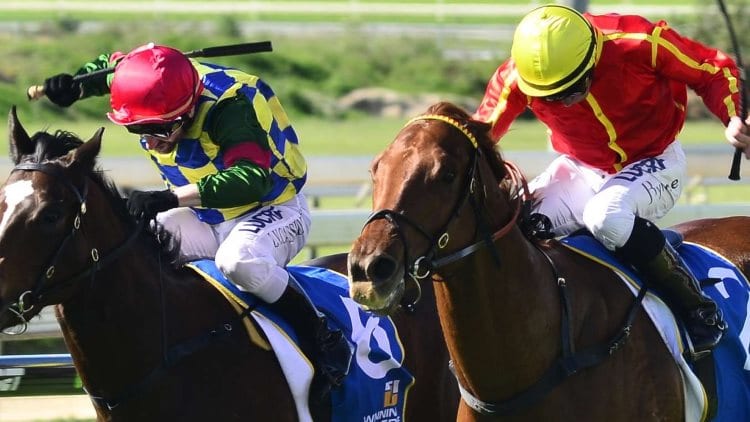 We have expert betting tips for the betting card this Wednesday at Doomben.

The Brisbane Winter Carnival might be winding down but there’s still a good eight-race card for punters to enjoy.

Curdled showed some good promise as a youngster but that form has tapered off a touch. However, this isn’t a deep race and the small field should help.

The Toby Edmonds-trained four-year-old still has plenty left to give and his effort for fourth at Eagle Farm last start was a good sign.

Should be able to put its best foot forward here.

Tony Pike has lined up many nice types throughout the Brisbane Winter Carnival and Come In Spinner could add to his list.

The four-year-old son of Jimmy Choux hasn’t quite impressed with two Australian runs but there isn’t much to this field and he’s drawn nicely in barrier three.

Should be paying nice each-way odds in this.

Three-year-old gelding Haalan ran well on debut when he barely missed by a neck.

Tony Gollan lines up the son of O’Reilly which showed good barrier speed to lead throughout on debut but just came up short in the run to the line.

He’s going to be better off for that run and jockey Brad Stewart should put him into a good position.

Smart Meteor is a smart type which has placed in three of his four career starts. His most recent placing came at Ipswich where he made good late ground for second.

It’s about time he scored a win and getting barrier five is going to help him.

Bookmakers should be offering good odds and he could be worth following for the rest of the season.

Looking to remain unbeaten after three starts is The Pines, which hasn’t been fully tested to date.

The Edmonds-trained three-year-old filly scored a debut win at Sunshine Coast by 2.5 lengths before winning at Ipswich last start by 1.3 lengths.

She should be able to handle the conditions and the rise in class. Punters could get a nice price as she steps up to face harder opposition.

Don’t You Know Him was a good winner at Ipswich three back when scoring by 2.5 lengths and he can return to form here after two average efforts.

The four-year-old ran 10th at Eagle Farm before improving to run fourth at Ipswich. Doomben is a different track, however, so punters could see an improved run again.

Jeff Lloyd is nearing retirement and he could go out with a bang.

The Matthew Dunn-trained gelding was a winner on debut at Grafton by 1.3 lengths before running second at Ipswich last start.

He rises in grade for this which will make it harder, but he clearly has talent and there’s a few positives in his favour. He has drawn well, carries 54.5kg and gets Robbie Fradd in the saddle.

Every chance to be taking this out.

Mufasta has been moving faster after posting back-to-back wins coming into this. The three-year-old by Shamus Award scored on a heavy track last start so conditions won’t be a problem.

His win prior to that came on a good track and that shows his versatility.

Drawing barrier 10 could be tough over it shouldn’t matter too much over this distance.