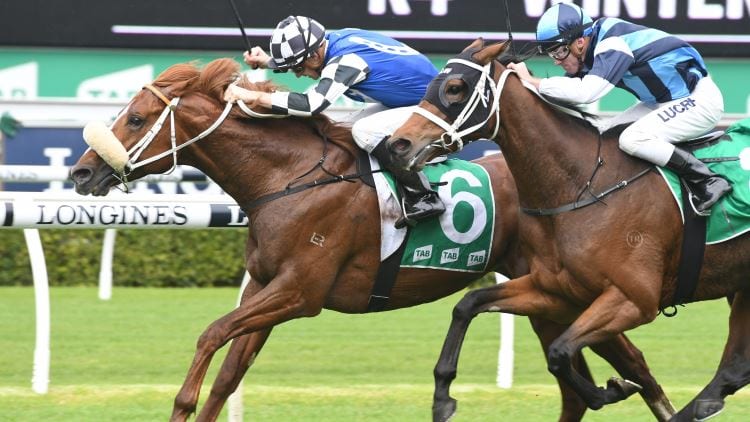 Plenty of quality racing action at Doomben this Saturday which hosts a 10-race card.

We have free tips, form and odds for all 10 races at the premier meeting.

Only average last time out at Eagle Farm but his record prior was good. It included a win at Gold Coast and back-to-back placings.

The form out of those races has stacked up nicely and if the son of All Too Hard has recovered from his most recent effort, he should be right around the mark.

Tony Gollan lines up the two-year-old filly which wasn’t disgraced when running second on debut at Gold Coast and that form should go well here.

She was only a neck behind the winner as a $2.25 chance and punters are getting much better odds this time around.

Harder field here but if she gets cover from a wide draw, she should be right in the mix.

Kris Lees lines up the talented import which put the writing on the wall when running second at Gold Coast last time out.

The former Japanese runner has form around the likes of Seaway, and Up ‘N’ Rolling, which is going to stack up beautifully for this.

Short odds on offer but it’s better than even money and that should be attractive to punters.

He doesn’t make a habit of winning, having scored only three wins from 50 starts, but he meets a much easier field here.

Trained by Chris Waller, the eight-year-old is nearing the end of his career and he could welcome seeing the sunnier skies of Queensland after running seventh at Hawkesbury last time out.

Has form good enough to beat this field and notch his fourth career win.

Interesting decision to take this royally-bred son of Redoute’s Choice to Queensland having won his last two in Sydney, but that bodes well for punters.

He’s a quality five-year-old which is starting to put it all together now and with the inside draw and 54kg on his back, he looks a great bet in this.

Only negative is the short odds but he should go close.

Nice type on its day and he finished a close-up third behind Tumbler last start at Eagle Farm.

The four-year-old gelding has the Chris Waller polish and having won or placed in 10 of his 16 starts is a good record.

Tricky draw but he has been specked and should run well.

Toby Edmonds lines up the three-year-old which scored impressively on debut at Doomben and he looks a nice type in the making.

Being bred by Fastnet Rock is going to help him mature nicely and given that he hasn’t tasted defeated on race day or in two trials, there’s plenty to like.

Drawing barrier four is ideal and he gets some weight off his back.

More than capable down in the weights and carrying 54kg is ideal for this gelding which possesses a good turn-of-foot.

The Edmonds-trained four-year-old was a 1.3-length winner two back at Doomben before resuming with a fourth last start.

That’s good enough form to push them close at each way odds.

Didn’t lose any admirers when running third behind All Pluck at Gold Coast last start and she should be right around the mark again.

The heavily-raced three-year-old is having her 14th start for Stuart Kendrick and although she might be running on tired legs, at least she’s in fit order.

54kg will help the filly after carrying 57kg last start and we’re expecting another good effort.

Only beaten just under a length by Crusher last start and that’s going to be a good form guide for this season.

The four-year-old gelding has shown good consistency throughout his career and with three wins and three placings from eight starts under his belt, he should go well again.

Drawn well enough and the $4 is a good price.