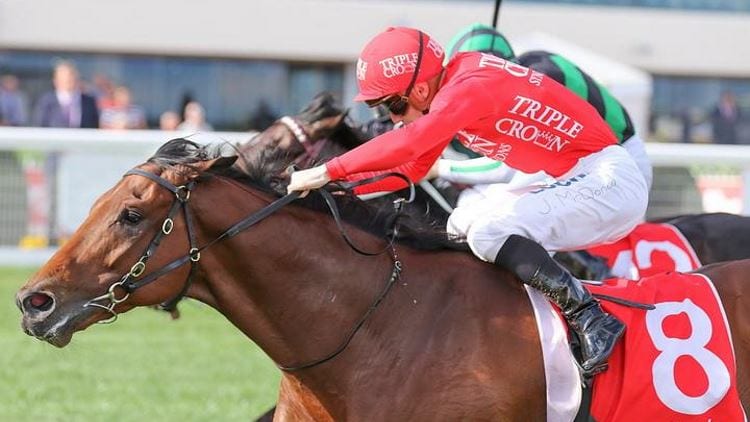 Punters get to bet on some quality types this Saturday as they run in the George Moore Stakes and Mode Plate.

It’s going to be a good day for betting and we have every race covered.

That was an impressive debut performance from Dusty Tycoon, which defeated a quality field at Sunshine Coast.

We’re expecting form to stack up nicely out of that race and she’s a two-year-old which could progress through the grades nicely.

Gets a good run from the draw and should prove tough to beat.

So Dapper has rattled off three consecutive wins and he’s going to be tough to beat once again.

The son of So You Think won all three at Sunshine Coast and the most recent win came by 3.3 lengths. That was an impressive display from a talented type in the making.

Drawing barrier 14 is a negative but expect another good run.

The Baker could cook up another good performance after winning at Rockhampton last time out.

It came by 2.8 lengths and although most of his form has come against weaker opposition, he has class on his side.

He’s a winner of eight from 30 starts and has nine additional placings. Tough to beat here with only 54kg on his back.

Team Edmonds lines up the three-year-old colt which has been around the mark in all three runs.

The son of Shooting to Win scored on debut before running competitive races when up in grade.

Drawing barrier four should ensure he gets a good run in transit and there are no superstars in this field, so he could take advantage of that.

Matt Dunn lines up the six-year-old gelding which has been around the mark in most of his career starts.

The son of Helmut has four wins and five placings. He also has some unlucky runs where he got too far back and made up a stack of ground.

Likely to get every chance from the draw and the $6.50 on offer is generous from bookmakers.

It has been awhile since A Man to Match won, but the four-year-old gelding gets a great chance to score here.

He’s a son of High Chaparral which rattled home to finish second at Sunshine Coast last start and the form out of that race will stack up.

Carries an ideal weight for this and should prove tough to hold out.

Gem of Scotland is all class after winning six of her nine career starts, and she’s only a three-year-old.

The Rex Lipp-trained daughter of Rothesay got back to winning form when scoring at Eagle Farm by just under a length last month.

She has been given a freshen up here and jumping from barrier two is going to put her right on the pace.

Peter and Paul Snowden lines up the five-year-old which is out of form, but could turn that all around here.

The son of Your Song is a six-time winner and although he comes into this with four consecutive eighth placings, he’s better than that.

He has had one start on this track for a second placing and that’s a good form guide coming into this.

Soxagon was the beaten favourite last start but he has every chance to turn that defeat around.

The four-year-old gelding scored back-to-back wins prior to running second as the $1.31 chance last time out.

Punters should continue to back Soxagon confidently and he’ll likely head and go close.