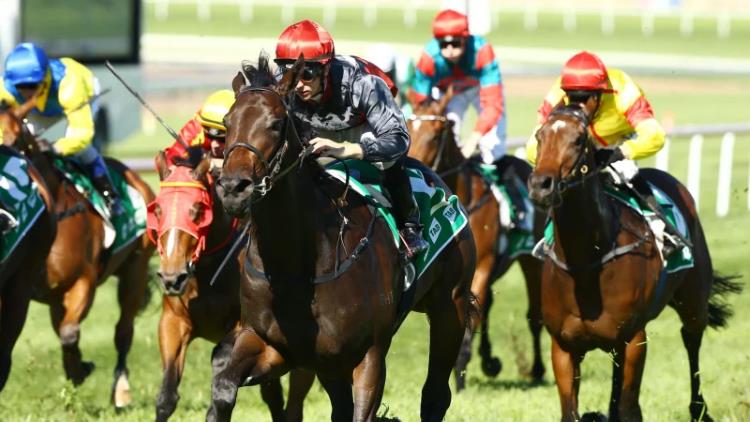 There is plenty of value on offer throughout the card and punters should be excited about Queensland racing this time of year.

Star of Michelin has won his last two starts and looks a good chance to win another. The three-year-old won by two lengths last time out which is good form.

Stuart Kendrick lines up the son of Jet Spur which didn’t handle Doomben on debut but has loved Eagle Farm since.

That bodes well for this.

Kiriana is running well of late having won two of her last three starts. The six-year-old mare scored a narrow win last start and could kick on with it now.

She’s a daughter of High Chaparral which is weighted nicely and she’s only going to enjoy getting up over longer distances.

The small field helps and 54.5kg is an ideal weight.

Tony Gollan lines up the four-year-old gelding which has scored three wins from 10 starts.

The son of Rothesay resumed with a good effort for third at Doomben and he’s only going to improve with more racing under the belt.

55kg and Brad Stewart on the back is going to give him every chance.

Punters could get stuck in with this runner and his record speaks for itself. The Gollan-trained runner has won five of his 10 starts and has looked good in doing so.

His most recent win came on this track in March and that was by 2.5 lengths. He backed that up with a solid placing at Eagle Farm last start and we’re confident of another good effort.

Gets some weight off his back which only helps.

Stuart Kendrick lines up the six-year-old gelding which is in consistent form and could go to the next level.

The son of Written Tycoon finished within a half-length of the winner at Doomben last start and there’s nothing wrong with that form.

Drawing barrier three is going to see him land on the speed and kick strongly.

He’s a professional winner of five from 14 starts and he has been primed with a recent trial win at Doomben.

Bookmakers have opened him as the favourite and he could shorten in price closer to race time.

The four-year-old has drawn wide in barrier 13 here but he likes to get back in the run and storm home late. That could bode well for Trevelyan here as there looks to be plenty of speed up front.

With only 54.5kg on his back and Robbie Fradd riding, he looms as a major player in the big field.

Manaya is a hot-and-cold type of runner but she was hot last time out when winning at Eagle Farm by 2.5 lengths.

Trained by Michael Costa, the six-year-old looked poor in two runs prior to that but they came on rain-affected tracks. Getting back to the good surface should only help her chances.

55.5kg on her back and she’s a dangerous runner.

Sienna Rose comes into this with three consecutive placings and she could improve to take this out.

The four-year-old has been in the money in 10 of her 16 starts and that consistency has rewarded punters throughout her career.

Gets some weight off her back and that could make all the difference.