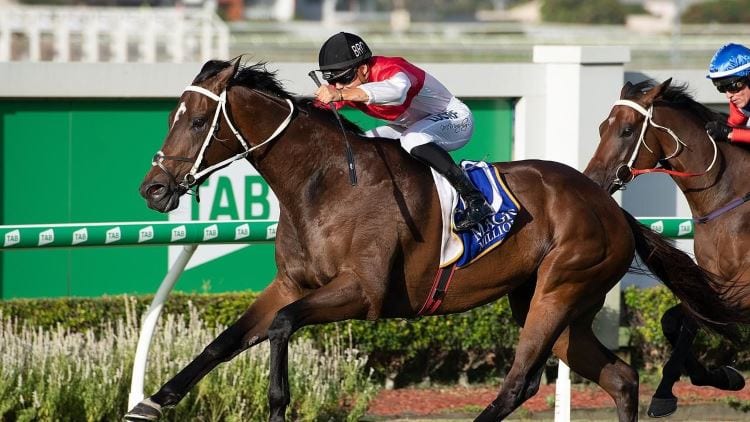 Nine races on the card at Eagle Farm this Saturday and we have form, odds and free tips for every race on the card.

Racing returned to Eagle Farm not that long ago and the track looks to have come up nicely. Punters have confidence in the track and we think there’s some nice bets on the card this Saturday.

The four-year-old mare is a last-start winner at Ipswich and that came with relative ease. The mare by Drumbeats scored to the beat of her own drum by 4.3 lengths.

We’re expecting another win here as she stays down in the weights at 54.5kg with Larry Cassidy in the saddle and her odds have already dropped from $4.80 to $3.60.

On debut for Tony Gollan after a pleasing trial win and we are seeing a lot of I Am Invincible’s progeny win first-up to the races.

The two-year-old scored by 1.8 lengths at the Doomben trials and he’s a colt with plenty of upside. He is on the drift but we’re likely to see a betting move on the day.

Unbeaten after four runs, Meet Mr Taylor looks to have a pretty bright future and he comes into this on the back of a stellar 5.5-length romp last start.

The four-year-old for Kelly Schweida broke maiden grades in July last year with an 860m win at Gatton and is now rising through the grades nicely.

He hasn’t found an overly hard race here and despite a tricky draw, money is only going to continue coming for this runner.

Nice odds on offer for a runner which wasn’t that far away from them last start in a tough race on the Gold Coast and he has always had plenty to offer.

The Toby Edmonds-trained runner is a seven-time winner from 24 starts which scored at Doomben two back as a $12 chance and those odds were ridiculous.

This is his first start at Eagle Farm but the open-style track will only help his chances of reeling them in from the back.

Tough draw but many of the fancied runners haven’t drawn close. She was a tidy winner at Gold Coast last time out and she has been taking on tough company for most of her career.

The daughter of Sepoy finished behind the likes of I Am Excited, From Within and Teleplay last campaign, which is strong form for a race like this. Will need luck from the draw but looks tough to beat if that comes.

Good value on offer for the three-year-old gelding which comes into this with back-to-back wins and they have been stylish.

He won by a length at Gold Coast two back before repeating the dose last start on the same track by 2.5 lengths. It was a massive improvement from a gelding which hadn’t recorded a win or placing prior to that.

Heading in the right direction and getting $9.50 is a good deal.

Form doesn’t look good after running ninth last start but it was a bunched finish and he’s worth another chance.

The five-year-old gelding by Drumbeats ran second at Eagle Farm prior to that and was an upset winner at odds of $31 at Doomben before that.

$2.80 is about where we had him in the market and not many other runners are at attractive odds.

Could turn the tables on Brains with a slight better trip in transit and there’s nice value on offer in the betting.

The four-year-old gelding is a three-time winner from 15 starts, which should have won more but he does seem to find his fair share of bad luck.

At his best he would beat this field and given the each-way odds on offer, we’re prepared to take the risk.

Has been well-backed in from an opening quote of $5 and given his recent form, he should be right around the mark.

The five-year-old gelding ran second at Eagle Farm last start behind Mishani Electra and prior to that he
scored consecutive wins at Grafton.

He does throw in the odd bad run but he’s a six-time winner from 13 starts and should be respected.