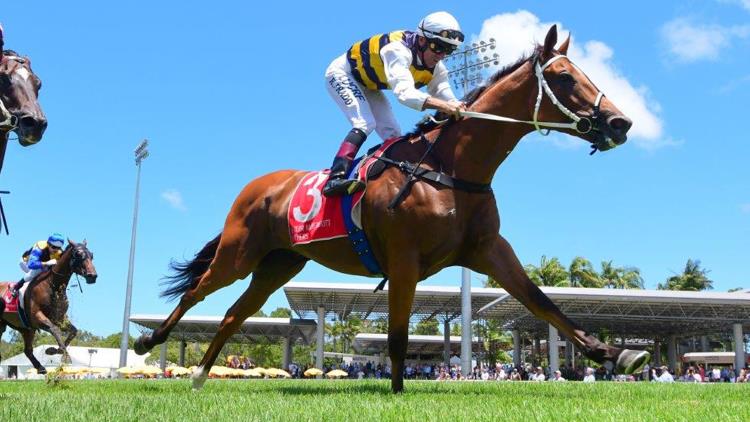 All the featured racing is taking place at Caulfield and Rosehill this Saturday but we love betting on the Brisbane-based races and Eagle Farm is the location this week.

We have free tips and form for all nine races on the card and there are some progressive types running in the Sunshine State.

With the scratching of Alligator Blood, that leaves Raay Of Dreams as the clear top pick and bookmakers have made that price adjustment.

The Kris Lees-trained two-year-old was a solid 1.5-length winner at Doomben last time out and she looks ideally weighted at 55kg.

$1.80 is short but there’s only four other runners in the field.

Tricky draw from barrier 13 but the Steven O’Dea-trained mare could offer punters with some value in what should be a fair contest.

She is only a two-win mare from 24 starts but that record includes 12 placings and she was only 2.9 lengths behind a nice type at Eagle Farm last start.

Having another run on the track suits and she should be around the mark.

Chris Waller’s team is firing in Queensland at the moment and he lines up former Sydney-based runner Veladero, which will appreciate the drop in opposition.

He’s a four-time winner in Sydney and although he has had his chances in Queensland, dropping to 54kg is going to be ideal for the winner of over $340,000.

His class could return and punters are getting overs.

The former Victorian is now with Tony Gollan and she should be happy with the level of opposition she faces here.

She’s a three-time winner which scored over 2000m at Caulfield two starts back before backing that up with a second placing at Sandown last start.

She won with 59kg on her back and dropping to 55.5kg looks perfect.

Capital Connection has finished in the money in eight of his 10 career starts, which includes three wins. He’s a gelding by Denman which is slightly out of form but that could change here.

His last three starts have resulted in only one placings, which came last time out at Eagle Farm and his improvement should be through the roof.

Going wide here with the O’Dea-trained three-year-old which didn’t fire last start but he showed enough during his first campaign to warrant attention here.

The son of Al Maher scored a win at the Gold Coast to break maiden grades where he paid $1.57 to win. Punters are getting $23 here and the $6.50 for the place should interest value punters.

Waller-trained runner which has scored back-to-back wins coming into this and although he only narrowly got the job done last start, it was a gutsy effort.

Robbie Fradd sticks with the six-year-old and he’s the ideal rider for this son of Dansili. He requires a strong rider that gets stuck in 800m out from the winning post and the odds on offer are worth taking this Saturday.

There’s plenty to like about this three-year-old, which won five consecutive races after running behind Oohood in the Group 1 Flight Stakes.

That was a massive performance to finish within a length of the winner at odds of $41 and we’re quite surprised she’s not paying less in this race.

She has won and placed in two fresh-up starts and we’ll happily take the value on offer.

Another quality runner for the O’Dea stable which has been well backed in early betting. The four-year-old gets in well at the weights at 54kg and she was only narrowly beaten at Eagle Farm last start.

The form out of that race should stack up nicely and she could end what could be a good day for this stable.