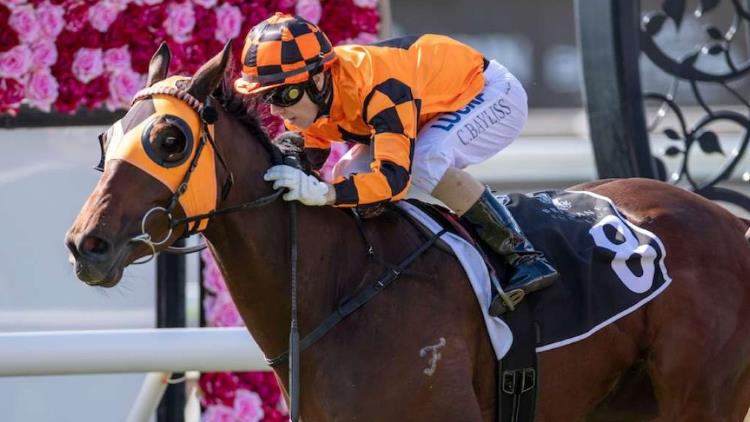 We have expert betting tips for the card this Saturday at Eagle Farm that features nine quality betting races.

Eagle Farm is always a favourite track for Queensland punters and there are big fields throughout the day this Saturday.

We have our best value bets for the Eagle Farm card.

Granado has looked impressive at the trials and the Chris Waller-trained runner could make a winning debut.

The colt by Pierro scored his first trial win by 2.5 lengths before winning again by 5.5 lengths earlier this month.

It’s tough trial form to overlook and with Robbie Fradd in the saddle, we’re confident he’ll be right in the thick of the action.

Tony Gollan lines up the four-year-old gelding that was an impressive winner on this track in November.

He scored by 1.3 lengths and has since run two solid races. The first came at Sunshine Coast behind Jami Lady before running 1.8 lengths behind Rock Beat.

He’s a slick sprinter on his day and if he gets a good run from barrier five, he’s going to be tough to hold out in the concluding stages.

Torrens is unbeaten after three career starts and although rising in class, he looks to have plenty of ability.

The three-year-old colt by Adelaide scored by a nose on debut as a $40 chance before winning at Murwillumbah and Port Macquarie in two runs since.

This is a rise in class and he’s facing some seasoned customers, but he has more scope than most here and could run another top race.

Starbuster didn’t have much luck last start after getting caught wide throughout. He has a good chance to get back to winning form, which he showed last month.

The Robert Heathcote-trained four-year-old scored by 1.3 lengths at Doomben in December and that came over a tidy field.

He’s only a two-win runner from 17 starts but he has ability and is paying a value price from bookmakers to win.

Barry Lockwood lines up the five-year-old that owns seven wins from 25 starts and that’s tough to overlook.

The son of Pierro didn’t fire last start at Gold Coast but that was a hot field and this is a big drop back in class.

He’s on the quick back up from last week and he can run well without much preparation in between runs.

Take no notice of Take Tea’s run at Gold Coast last time out. The saddle slipped on the filly and she was eased down in the early stages.

Her form prior included back-to-back wins at Gold Coast and Ipswich, which could be good enough form to win this race.

Her most recent run on this track came in November when she finished only a nose behind the winner.

It all shapes up for her to return to winning form.

Master Jamie is the false favourite in this race and punters are subsequently getting good odds for Kalik.

The Tony Haydon-trained three-year-old has four wins from eight starts and he’s coming off a tidy victory at Sunshine Coast.

Drawn ideally in barrier two, Kalik looks ideally placed and punters should take the odds on offer before they drop.

Ready to win a race is Sofie’s Gold Class, which put the writing on the wall when third at Eagle Farm last start.

The six-year-old mare is a four-time winner from 13 starts and she hit the line with real authority when running third behind Cruze.

That form could get franked earlier on the card and with only 54kg on her back, the $4.80 is a great value price.

Manaya wins when you least expect and given the odds on offer, bookies aren’t expecting her to win.

The six-year-old is a seven-time winner that has plenty of ability but doesn’t always show it on race day.

She often needs some luck in running but she’s not beyond winning this race, so treat with caution.