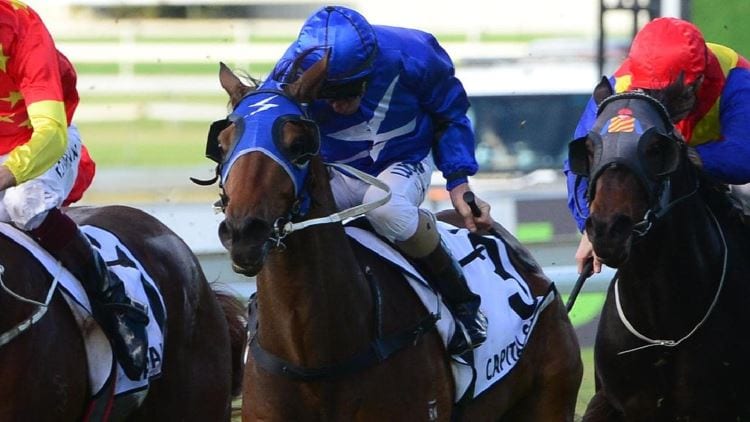 Racing returns to Eagle Farm this Saturday with a quality nine-race card on the new surface.

With very few short-priced favourites throughout the card, punters are getting good value with most runners and there’s plenty of nice each-way types in action.

We have free tips and form for every race at Eagle Farm on January 19.

Didn’t face much opposition when winning on debut at Gatton but there isn’t much exposed form in this race.

The Tony Gollan-trained two-year-old scored by 3.5 lengths when well-backed to win and although she has drawn wide here, she looks to have good natural barrier speed.

Stays nicely at the 55kg and there is a stack of confidence in the betting.

The four-year-old mare is capable of producing an upset and considering she won as a $1.67 chance just two starts back, she demands respect at $21.

Trained by Chris Munce, the mare by Helmut then ran third at Doomben in this grade when 1.6 lengths from the winner and there’s nothing wrong with that form.

Definite each-way chance at the odds.

Winning back-to-back races coming into this is good form and the Kris Lees-trained mare could easily make it three on the bounce.

The daughter of Time Thief scored at Randwick in December before making it two in a row at Gold Coast earlier this month. That form is going to stack up nicely for this and the small isn’t going to worry her too much.

Tactical type which should see this through.

We have been pleading with the trainer of Capital Gain to run their horse in something easier and they’ve finally listened.

The Paul Butterworth-trained gelding showed promise as a juvenile but quickly found the tough grades far too hard. Instead of targeting something easier, connections stayed in the top grades and his form has subsequently suffered.

Can’t remember the last time he ran in BM80 grade and despite the weight, it’s going to be a welcome relief for the gelding which has won $483,650.

Two disappointing efforts this campaign shouldn’t deter punters from backing Pinch Passion here. The three-time winner hasn’t had the rub of the green and he’s paying good odds for that to change.

Robert Heathcote is usually quick to figure out what’s going wrong and he could enjoy having his first start at Eagle Farm. The new surroundings could help him and the $8.50 is a value price.

The form behind Fiery Heights should stack up nicely at this level and Mishani Hustler pushed it close last time out at Doomben.

He’s a colt which has scored four wins from seven starts and getting the inside draw is going to take him a long way to securing his fifth career win.

He gets some weight off his back and anything helps with the allotted 61kg.

Bergerac is the best horse in the race but isn’t suited by the big weights and Fomo is going to get every chance with 54kg plus an apprentice claim.

The Ben Currie-trained five-year-old finished fourth at Doomben two back before going well enough at Ipswich to suggest that he could go well here.

He’s a professional six-time winner with plenty of upside at this level.

Brings in good form to this after running only 1.4 lengths behind Awesome Pluck last start and that form should stack up nicely in this grade.

Trained by Tony Gollan, the six-year-old mare has yet to win or place from four starts at Eagle Farm but she did win a trial here last year and that’s a good sign for this.

The class type in this field so respect at the odds.

Three consecutive wins this campaign before running a handy third at Doomben last start behind Ecker Road. That wasn’t a bad effort and there has been plenty of money come for the gelding.

He opened at $7 and has been well-found into $5.50. That’s a solid move and he looks well-placed in the final race on the card.