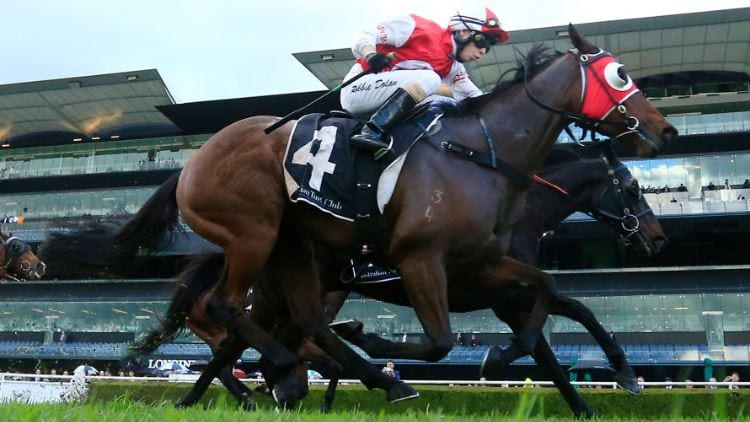 Plenty of nice Queensland types in action at Eagle Farm and we have all the best value bets across the card.

Chris Waller lines up the five-year-old mare which returned to form with a last-start placing at Eagle Farm.

The former Victorian was struggling to find form so has come to Queensland in the hopes to return to the winners enclosure.

Those were good signs last time out when running second as a $30 chance but the odds will be much shorter in this.

Karaja looks a nice type in the making after beating Champagne Jet at Doomben last time out. That was a performance of a filly going places and she only needs to cope with the wide draw.

She has yet to finish outside of the placings from four starts, which includes two wins and she looks to have the class edge over this field.

Likely to be well-favoured on race day.

Tardis was good enough to score back-to-back wins earlier this season before running a solid race for third last start.

The Toby Edmonds-trained mare didn’t have all favours during the run last time out but did well to run third. She wouldn’t have lost any admirers with that run and should be tough to beat here.

Ryan Maloney rides who takes over the from retired Jeff Lloyd.

Sovereign Nation doesn’t have much form to boast but the former Victorian has enough class to rebound and win this.

The six-year-old is coming off a sixth at Doomben when he finished five lengths behind the winner but there’s less depth to this race and that bodes well.

The jockey takes some weight off his back and we’re expecting an improved effort.

Yet to do much wrong after posting three wins from his first four starts. The four-year-old gelding scored emphatically by 10.5 lengths at Toowoomba last start and he can handle the rise in class.

All three career wins have come by a sizable margin and his only defeat came on a heavy track. He should get conditions to suit here.

He looks a nice type in the making and punters should watch with interest.

Saving only narrowly suffered defeat at Gosford last start and the John O’Shea-trained runner should handle this class.

The three-year-old colt was a winner at Hawkesbury two back when scoring by 1.8 lengths and getting the inside draw with Robbie Fradd riding is a bonus.

Tough field but he has more upside than most.

Tough name to pronounce but the three-year-old filly comes into this with a last-start win at Ipswich.

That came by a half-length against capable opposition and that was her second in from her last four starts.

She might be able to go under the radar here and punters could get some good value.

Southern Lad is coming off some good runs in Sydney and that form should stack up beautifully in Queensland.

The O’Shea-trained runner scored a gutsy win at Randwick two back before finishing sixth at Rosehill last start, but he wasn’t ideally suited by the heavy conditions.

He has the ability to sit on the pace and give a good kick, which will win him plenty of races throughout his career.

Churning is a nice type for Toby Edmonds which comes into this having posted a narrow win at Doomben.

The three-year-old filly has done plenty of racing with 12 starts for three wins and four placings, which should have her in fit order for this.

Tough race but she only requires some luck to win.