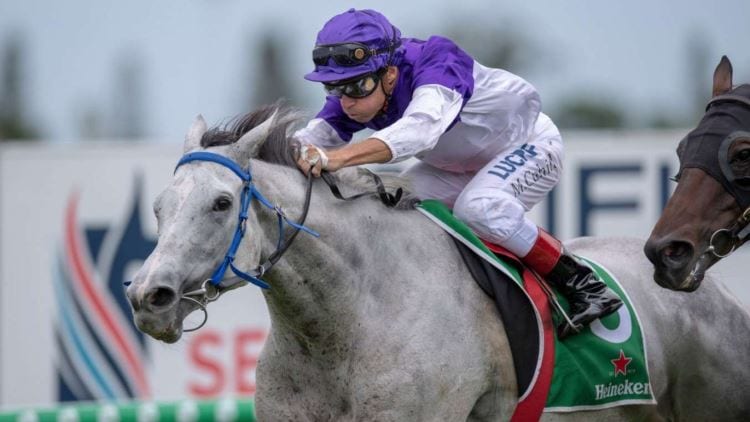 Racing from Eagle Farm is always high quality and there’s plenty of value on offer from bookmakers this week.

Chris Waller lines up the five-year-old mare which has been threatening to win a race this campaign.

The daughter of Pierro has won only two of her 26 starts but she has 13 placings and is rarely too far away from the prize.

Gets in nicely on the weights with 55.5kg and Robbie Fradd is a good jockey to have in the saddle.

The four-year-old gelding has always been around the mark and could get back to the winners’ enclosure here.

He’s a gelding by Pierro which has finished in the money in six of his eight starts. That’s a good record and he went close on this track last start.

Drawn to get every chance from barrier three and he should go close once again.

Clockwise gets the benefit of apprentice claimer Nick Keal and she’s a consistent runner.

The four-year-old mare has already won three times this preparation and she was only a neck behind the winner last start.

That came at Eagle Farm and having had experience on this track is only going to help her chances here.

The Candy Man was good enough to win seven consecutive races last campaign and that must be respected.

Trained by Barry Baldwin, the six-year-old then ran 15th at Eagle Farm last start but that came in Group 2 company.

This is a big drop back in class and running fresh up with 60kg shouldn’t deter punters. He’s the class runner and could put away this field with ease.

Profit scored a good win on debut at Sunshine Coast and that form could stack up nicely in this.

Trained by the Heathcote/Anderson team, the three-year-old looks capable of handling the rise in grade.

He’s a well-bred runner by Dundeel and considering he has Redoute’s Choice also in his bloodlines, he should be enjoying the rise in distance.

Rise to Fame scored a good win fresh up this campaign and followed that up with consecutive second placings.

The eight-time winner didn’t quite fire last start at odds of $50, but he was only two lengths behind the winner and that form should stack up.

Punters should get good odds here and they are worth taking.

Lifesaver is a capable gelding which scored a good win fresh up at Randwick. That came in Highway Handicap grade and he followed it up with a nice run last start.

He finished fourth at Eagle Farm and with that run under his belt, he should go close to winning this.

Gets in light with only 54kg on his back and that looks good.

Outraged comes into this having scored at Gold Coast and that form shapes up nicely for this run.

The eight-year-old isn’t getting any younger, but he is an 11-time winner and also has 19 placings to his name.

That experience is tough to come by and he could win again with only 54kg on his back.

David Vandyke trains the five-year-old which has five wins and three placings from 10 starts.

That’s a nice record to have at this stage of his career and he scored by 3.3 lengths last time out.

Drawing barrier 10 is a negative but he owns more ability than the rest of this field and his chances are good of winning again.