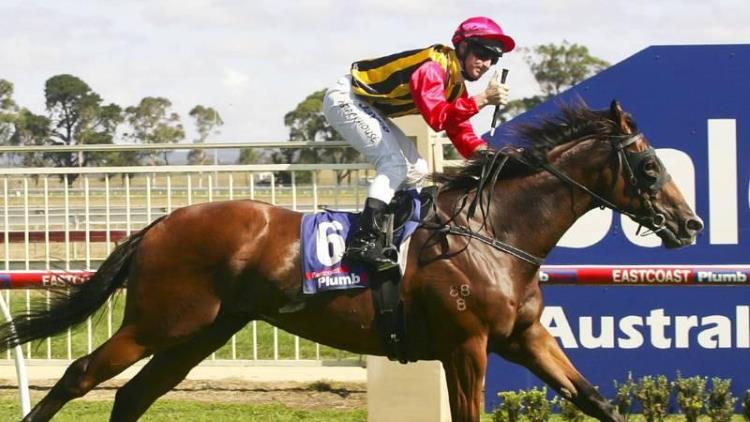 No major races on this Wednesday but there’s some good betting fields and we have free tips and form for the best races.

Racing action comes from Sandown and Warwick Farm and it should be another good edition of midweek racing on Wednesday.

The three-year-old colt has been backed and beaten his last couple but having race experience is going to hold him in good stead for this.

Trained by the Maher/Eustace team, the son of O’Reilly ran fifth on this track last start and prior to that he finished second at Bendigo behind a nice type.

That form should hold up well here and bookmakers should be offering a good each-way quote.

She’s a well-bred daughter of Redoute’s Choice which went close on debut behind Pin Sec at Randwick and that form looks tops for midweek grade at Sandown.

Trained by Lindsay Park, the two-year-old filly was a three-length trial winner prior to that at Warwick Farm and this is a much easier target than his debut run.

We’re expecting bookmakers to have her short in the market.

Unbeaten from two starts and that could continue here. The Phillip Stokes-trained gelding was a winner on debut at Strathalbyn by three lengths and he backed that up with another tidy effort.

He scored by three lengths at Pakenham late last month and that win is going to stack up nicely against harder opposition here.

61.5kg on his back is helped by an apprentice claim and he has the class to overcome that barrier.

The “Yulong” progeny has been going well of late and Yulong Earth could be in for another win after scoring on debut last preparation.

His two subsequent runs have resulted in back-to-back second placings, including going down by a neck last time out at Pakenham.

Getting the inside draw is ideal and he could dictate the pace from there.

Peko was a little unlucky not to win at Sandown last start against a similar field after getting tucked away along the inside of runners in the straight.

The Colin Little-trained mare ran two lengths behind Absolute Heaven but with better luck that result could have been reversed.

She has finished first or second in six of her seven starts and bookmakers should offer each-way odds.

Impressive win last start at Randwick and there’s no reason why that form couldn’t stack up here against a field that shouldn’t be much harder.

The Mark Newnham-trained three-year-old gelding ran 1.7 lengths behind the winner on debut at Canterbury and improved significantly to score by 1.8 lengths last start.

Capable of going back-to-back and the odds should be appealing.

Having had race day experience can be key in these two-year-old races and Enood’s form stacks up well after running second behind Lyre last start.

Lyre has since stormed home to win the Blue Diamond Prelude and with Enood having finished only a length behind Lyre last start, that form must be good for this.

Drawing barrier 12 isn’t ideal but she will likely drop back and hope for pace up front.

It took a few runs before the highly-touted God of Thunder showed his best form but he looked impressive when scoring by 1.8 lengths at Rosehill last start.

His form prior came behind the likes of Dio D’oro and Nicco Lad, which should stack up nicely here and he will get a good run from barrier three.

This is a tricky field but he owns pace and he should go forward and kick clear at the top of the straight.

A winner of five from 12 starts, Common Purpose has the best form in this race having scored at Canterbury last time out.

The five-year-old might be a “country” horse but winning in the city puts him close to being a “good thing” here. He also scored a 3.8-length win at Goulburn before winning a Highway Handicap at Rosehill and he should be going well at this level.

Kris Lees lines up the talented filly by Frankel which scored consecutive easy wins to open her account before running at Group 1 level at Randwick.

She finished seventh behind Maid of Heaven on that occasion but this is a massive drop in class and she has had two soft trials to prepare.