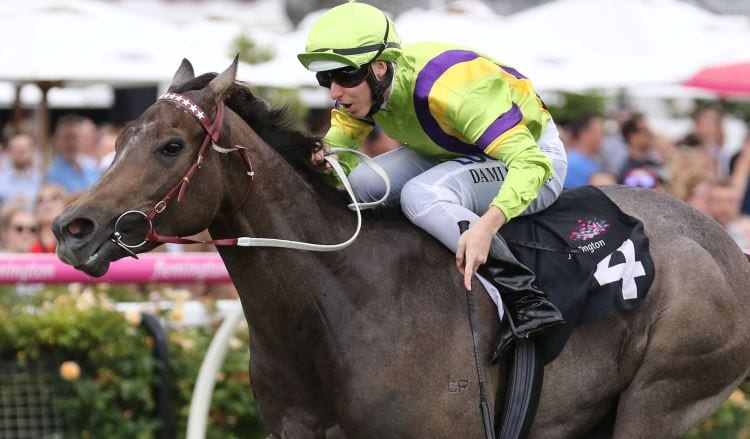 Punters love betting on a Friday night and it’s a great way to kick off a great weekend of Australian racing.

We have free tips and form throughout both meetings this Friday night.

There’s no doubting that Limestone is the best horse in this race and the weight of money is telling.

The Darren Weir-trained three-year-old scored two quality wins during her first campaign before running into the likes of Catchy in the Blue Diamond series.

She finished fourth behind Merchant Navy last start at Group 1 level and she should return in great order in this grade.

There is no runner with the class of Limestone in this field, but the 1000m distance is the worry. If she jumps with them, they won’t head her.

Lindsay Park lines up this talented four-year-old mare which went close at Pakenham last start and could go one better here.

The daughter of I Am Invincible has won three times from 14 starts and has placed six times. That consistency typically rewards punters and she will get every chance from an inside draw.

She’s a quality type at her best and although her second-up form isn’t stellar, this looks like her race to lose.

Holy Seal is a speedy type which has suffered only one defeat this preparation and that came behind Nature Strip.

The Weir-trained sprinter has yet to miss a win or placing from eight starts and she pulled out all the stops at Caulfield last start when beating a talented field.

Dropping back in distance won’t worry the three-year-old filly as she likes to land on the speed and kick strongly in the straight.

That was a strong win from Miss Oklahoma last start and she looks to have many more wins to come.

The Mick Price-trained filly finished fourth on debut at Moe as the $2.25 favourite and bookmakers let her drift to $6 for her second start, but she won like an odds-on favourite.

The three-length victory was that of a horse going places and she should get every chance from barrier four, which is key around The Valley.

This is a much stronger field, but punters should be confident with the odds they’re getting.

Knight Commander is a professional four-year-old which has scored consecutive wins.

The Weir-trained gelding scored by a half-length at Moonee Valley last start and having that winning experience on this track is key.

He gets another good draw to jump from and the claim from Ethan Brown brings him right into contention.

Positioning in this race will be key and he should find a forward spot and kick well.

This three-year-old needed six trials before making his debut at Newcastle, but he has since placed twice and he looks ready to win.

The Chris Waller-trained Sebring colt ran second at Canterbury last start and that was a strong form race, despite featuring only five runners.

Waller has seven runners in this race and Asterius has been the best backed, which is a good sign here.

Confidence is something Jemadar needed and his win last time was ideal for this.

The four-year-old has won three of his 15 starts and having winning experience on this track should hold him in good stead for this.

His form tapered off against the likes of Malaise, Spring Tycoon and Samadoubt, but that’s strong form and this is much easier.

There looks to be only one main threat so he should have a good chance of going back-to-back.

Punters are getting great value with Pendeloque at $8.50.

The Gerald Ryan-trained runner is coming off consecutive wins, including one in this grade at Randwick.

Dropping in grade but rising in weight won’t be an issue and bookmakers might have let one slip here.

The three-year-old filly has won three of her six starts at city level and she has been around the top types throughout her career.

The five-year-old finished third at Warwick Farm last start and that has been a good form guide.

That race was won by Once More A Lady, which has subsequently won since and that appears to be good form for this race.

This country-trained runner has won nine of her 18 starts with all of them coming out of city grade, but she looks ready to make the rise in grade.