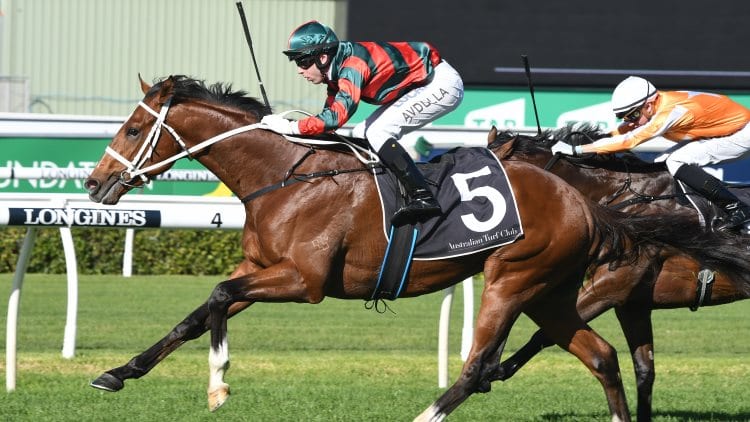 It’s a big Saturday of racing with three Group 1 races at Caulfield, including the Blue Diamond Stakes, Futurity Stakes and Oakleigh Plate.

We have tips for all three Group 1 races and we have also form, tips and odds for the best races across Caulfield and Rosehill this Saturday.

The Lindsay Park-trained runner was gallant in defeat behind Avilius last start and that form is going to be good for this.

A son of Dr Fong, the six-year-old hasn’t put in a bad run for a long time and given that he ran well at Caulfield last start, having that experience on this track is a big bonus.

$2 is on the short side but he’s fitter than most in this field.

Couldn’t have been more impressive when scoring by six lengths in a romp at Moonee Valley last start and she could be a nice type over the staying distances.

Another Lindsay Park-trained runner, the filly by Melbourne Cup-winning sire Fiorente looked more than capable over the mile last start and rising to 1800m should only help her chances.

There has been some early specking and more money could come for her throughout the week.

Quality mare which has won 10 from 28 starts and she was finishing nicely last start, which suggests she’ll be ready to go for this.

She places 56% of the time and her each way odds offer value.

The class runner of the field, Zousain was beaten in three starts last campaign but look at which runners he was defeated by. Lean Mean Machine, Sunlight and The Autumn Sun – all terrific horses in their own right.

There has been some specking for race-rival Tin Hat, which is in form after posting three consecutive wins, but none of those have come against the class Zousain has faced.

$1.95 is holding steady and that’s about the best price punters should get.

Had no luck in the Melbourne Cup but returned to form when winning the Carlyon Cup on this track last time out.

The imported runner for James Cummings has won half of his 14 career starts and with a record of two wins from three starts second-up, it’s hard not to fancy his chances this Saturday.

Hugh Bowman rides which is another positive.

Taking runners at short odds in Highway Handicap races has been profitable for punters this season and Burning Crown fits the bill.

The highly-talented three-year-old for Sue Grills scored by six lengths on debut before winning at Scone by 2.3 lengths. He was then defeated at Randwick last start but he missed the jump and did well to recover.

Not an easy field by any stretch but he looks the goods.

Taking back-to-back runners at $1.65 isn’t for the faint of heart, but Tassort is a high-quality colt and he could a superstar of the future.

A colt by Brazen Beau, Tassort scored by 5.3 lengths on debut and that came against a small but talented field. It was a demanding win and it has him firmly backed for the Golden Slipper.

All eyes will be on Tassort and he should come through with flying colours.

It’s a day for the short-priced favourites at Rosehill but The Autumn Sun has been tipped to overthrow Winx in the 2019 Cox Plate and he should have lengths on this field.

Running fresh up after winning the Caulfield Guineas isn’t the best situation to back the champion three-year-old but he has talent most horses don’t possess and his only defeat from six starts was a terribly unlucky third placing at Rosehill.

Take the shorts and enjoy the run.

Tony McEvoy lines up the seven-year-old which is in career-best form having run a close second behind Champagne Cuddles last start.

The 11-win mare has yet to run at Rosehill but she had a trial there in January and she’s an adaptable type which is over the odds.

Gets in with only 53kg and the three-time winner was a recent trial winner at Rosehill, which bodes well for this.

He might not have the talent that some of his opposition has but he has a solid turn-of-foot and with only 53kg on his back, that brings him right into contention.