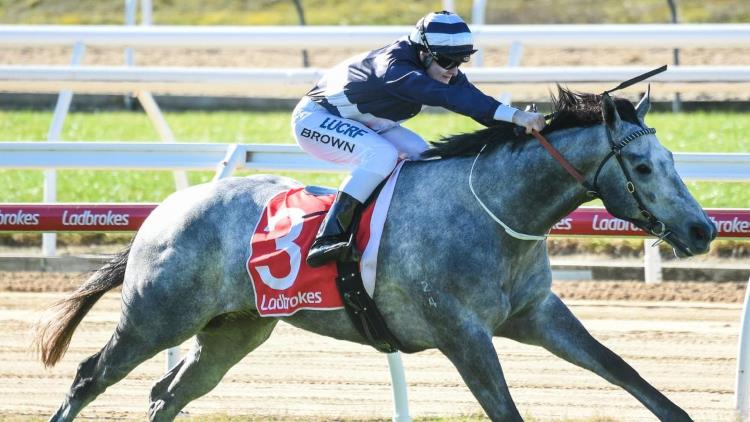 Punters get two night meetings to bet on this Friday night with racing coming out of Canterbury and Moonee Valley.

Both venues have quality cards and we have our top tips and form for the best races across the night.

The Hawkes-trained three-year-old has run two second placings to start his career but they have been good efforts to date.

His first run came behind Rectitude at Wyong before running second behind Terminology in the Magic Millions Maiden. That effort is going to hold him in good stead for this and we’re not surprised to see plenty of money coming for him.

Punters will likely back the son of Pierro into an odds-on quote.

Heavily backed when running second at Canterbury last start, punters will be wanting to win their cash back on Lucand Land this time around.

Trained by Waterhouse/Bott, the three-year-old was a maiden winner at Gosford on debut before running eighth at Warwick Farm. That was a forgive run and with two trials and a placing underneath its belt, it looks a good chance in this.

This is a tough field but Symi has good ability and punters are getting some value for the well-bred filly. The daughter of Fastnet Rock was a winner on debut at Canterbury before taking on some tough types in the city.

She ran behind the likes of Reginae, Miss Fabulass and Oohood, with the latter coming at Group 1 level. This is some step back in class and she scored a recent trial win at Rosehill to prepare.

A last start winner at Canterbury, Chalk looks a good bet again and punters are getting each-way odds.

The Wendy Roche-trained gelding won by a narrow margin but got the job done nicely and the $6.50 on offer is a good price for a runner that has always needed confidence.

He has been in work for a long time now but he has the fitness edge.

Honest efforts to date after running third on debut at Cranbourne and then fourth at Pakenham last time out.

The three-year-old filly finished only 1.1 lengths behind the winner last start and having had experience over the mile is going to help her chances against a relatively inexperienced field.

Punters should be getting each-way odds again.

Greyworm looks to have a nice future ahead of him after winning three of his first four starts. The Hawkes-trained gelding scored with ease when winning by 2.3 lengths at Moonee Valley last start and that track experience is ideal.

His form prior included a win at Sandown and a win at Mornington on debut. His only defeat came at Caulfield when running third behind Al Passem and that’s a solid form line for this.

He won’t be paying much but he looms as a top winning hope.

Matt Laurie lines up the three-year-old filly which scored on debut at Sale and took on a tough Group 3 field last time out and came out on top.

The filly by Fastnet Rock has form around some smart types and this field doesn’t come close to the ones she has been opposing in recent starts.

Bookmakers could be cautious with their odds for Bleu Roche and punters could take advantage.

In good form after back-to-back races either side of a spell. The Henry Dwyer-trained four-year-old scored with authority by 4.3 lengths at Yarra Valley last start and although this is harder, he looks tough to beat.

Drawing well is key for the 55 Second Challenge and with the claimer in the saddle, he’s well-weighted for this.

Nice chance at each-way odds should be available.

The four-year-old, previously with Darren Weir, finished second behind Supre two back at Caulfield and getting the inside draw is going to help her chances here.

$3.20 is a fair price from bookmakers and she should give punters a good sight.