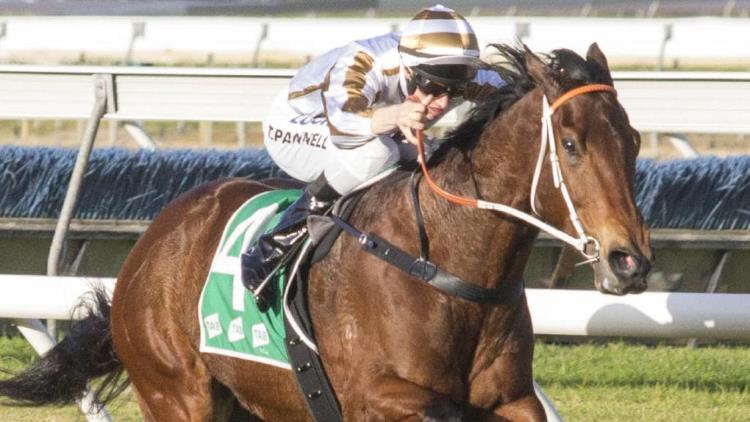 The Aurie’s Star is the feature race on the Flemington meeting and punters are getting some quality horses to bet on this Saturday.

Showed them a clean pair of heels when winning against a similar field last start and we’re backing her to win again.

The Maher/Eustace-trained five-year-old scored impressively by 2.8 lengths and she really kicked away from them at the top of the straight.

There’s no reason to jump off her back and the rise in distance won’t worry her.

He really was airborne when winning on debut and he looks an exciting type. The Anthony Freedman-trained gelding scored impressively by 3.8 lengths on debut.

That performance was one of the best of the day and although it was only midweek level form, punters had to be impressed by what they saw.

He has the breeding to handle any rise in distance and we’re confident of both a good run and good odds on offer.

There was a big following for Jumbo Ozaki last campaign and he could make a winning return for trainer Phillip Stokes.

The four-year-old was a winner on debut by seven lengths before winning again at Bendigo by 1.3 lengths. Punters put the money on at Flemington following that but he was desperately unlucky to finish third.

The ride from John Allen was poor and punters will be looking to get their money back here.

Drawing wide down the Flemington straight looks ideal for him.

The former Japanese runner hasn’t exactly been a win machine since arriving in Australia but the overdue win could come here.

Trained by the Maher/Eustace team, Kemono finished in behind the likes of Guizot and Naantali last campaign. That form should bode well in a race that looks even on paper.

Punters will be getting good odds for the enigmatic type.

Didn’t enjoy running around the tight circuit at Moonee Valley but respect back at Flemington.

The four-year-old was a winner on this track two starts back by 1.3 lengths when he made up big ground in the straight.

Having a lengthy straight to make up ground is ideal and jockey John Allen will have him off the pace and ready to launch his claim late.

Unbeaten after three runs, Assertive Approach looks a nice type in the making and could win again.

The Hawkes-trained gelding remained unbeaten when winning by 1.3 lengths at Morphettville last start having already posted a 3.8-length win at Sandown.

He defeated a nice type in Behemoth last time out and that form should stack up nicely in Melbourne.

Punters could get decent odds for the unbeaten type.

Consistency is good with My Pendant, which has finished first or second in six of her seven career starts.

The Kiwi-bred mare finished second at Flemington last time out and that was a nice fresh-up performance.

She’s only going to improve with more racing under the belt and with Damien Oliver in the saddle at 55.5kg, she looks a good chance of winning.

His last-start flop was too bad to be true and we’re prepared to give the talented runner another chance.

The four-year-old was a brilliant winner at Randwick prior to that on a heavy track and that might have taken the sting out of him.

He’s a two-time winner on a soft surface and the betting should tell punters whether or not he’s back to his best, but we’ll give him one more chance.

Chris Waller should have the imported runner in fine fettle now following his solid effort for third at Caulfield last start.

The three-time overseas winner scored impressive at his first Australian start and although beaten in two runs since, they haven’t been all that bad.

Punters should get nice odds in what is an open field.