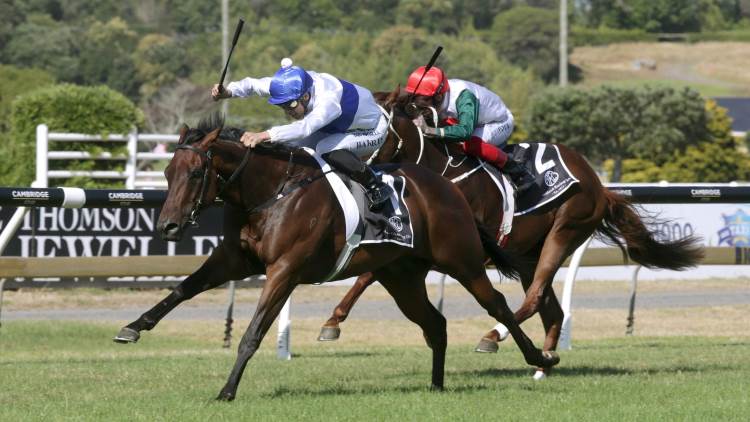 It’s Group 1 day at Flemington with the Black Caviar Lightning Stakes taking centre stage. However, the C.S. Hayes Stakes has the potential to be the race of the carnival.

It’s Australia’s best vs. New Zealand’s best, and we have our best value bets on offer.

Titan Blinders comes into this race having finished second at Caulfield and we’re expecting that form to hold up well.

The four-year-old is a four-time winner from 18 starts and he also owns eight minor placings.

This isn’t the strongest field we’ve ever seen and having Craig Williams in the saddle at 54kg is ideal.

We haven’t given up on Fabric yet, despite two runs out of the money this preparation.

The four-year-old mare finished fifth at Caulfield last start but was only 2.2 lengths behind the winner, so it wasn’t a bad performance.

She has been good enough to mix it with some of the best in Melbourne and we’re expecting that form to hold up at this level.

Mildred has shown plenty of speed in her career and she’s the best thoroughbred in this race.

The two-year-old filly scored back-to-back wins to open her career at Flemington. She then ran fifth at Moonee Valley before bouncing back to winning form last start.

It was a quality front-running win last start and we’re expecting more of the same.

The run of outs for Classic Weiwei could end this Saturday and punters should get good odds.

The McEvoy-trained four-year-old was good enough to win three consecutive races last season but hasn’t yet shown that form this time around.

However, he often needs some time to find his feet and with only 54.5kg on his back, he should be hitting the line with force.

The Kiwi gelding is a superstar and Australia is about to find out why. Alligator Blood is all class but Catalyst could be the next big thing.

He’s a three-year-old that has won six of his seven starts, including the Guineas across the Tasman.

He hasn’t been asked to get out of second gear yet and that should be worrying for the local opposition this Saturday.

He has been given the visitors draw but it might not matter.

Taniko scored a quality win at Randwick in December and followed that up with a solid third placing last start.

The five-year-old mare made solid ground in the straight and although having her first start at Flemington, it’s a track she should enjoy.

It’s another good ride for Craig Williams so keep her safe in your selections.

Katalin is undefeated after two starts and although facing a steep rise in class, she looks to have ability.

The Cummings-trained filly won on debut at Warwick Farm by a nose before winning by 3.8 lengths at Newcastle.

It was a one-sided display and despite facing harder opposition here, she must be respected on that performance.

That was a nice effort fresh up for Rox the Castle and he usually improves with a run under the belt.

He is an eight-time winner from 16 starts that has good tactical speed and punters should get value odds on race day.

It will pay to stick with him.