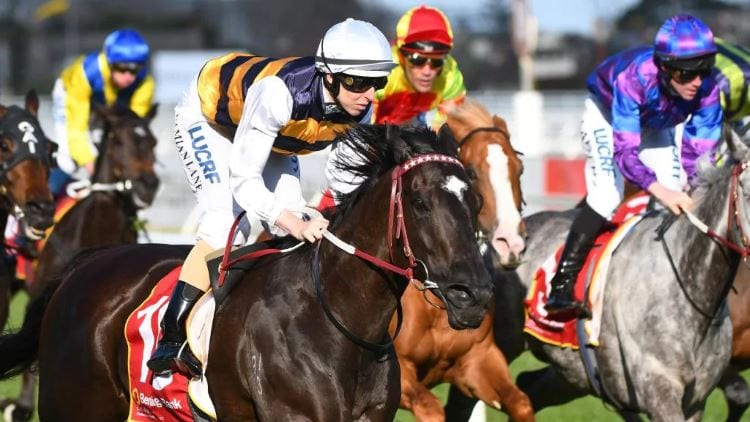 It’s Australian Guineas day at Flemington and we have our best value bets for all the undercard races. It promises to be one of the more exciting meetings of 2020.

Des Moines is fresh up having finished fifth at Flemington last June. That came behind subsequent Lightning Stakes winner Gytrash and there are certainly worse form lines.

The Mike Moroney-trained mare has been off the scene for a while now but there has been solid betting support at $5.50. She represents better value than the $1.80 favourite, so we’re prepared to run the risk.

Danny O’Brien lines up the stayer that went close at Caulfield last start and he could build nicely on that run. He’s a son of Camelot, which has yet to win in Australia but it’s only a matter of time.

He was a three-time winner overseas and stepping up in distance to 2600m is only going to help his chances of winning.

We’re happy to take the $3.90 available with bookmakers.

Unstoppabelle scored a win on debut at Morphettville before taking on Blue Diamond-type opposition in subsequent runs. The two-year-old filly ran third at Flemington and followed that up with a huge run for third behind A Beautiful Night.

She didn’t get all favours in the run last start but with 54kg on her back, she should be able to show off her explosive turn-of-foot.

There was concerns about Sylvia’s Mother drawing the inside barrier last start and she put those doubts to bed early. It was an impressive win from the daughter of Snitzel, which improved to six wins from 10 starts.

She gets the inside draw again and it shouldn’t be an issue over this distance down the lengthy Flemington straight. We expect to see her settle midfield before coming with another big late run.

Most of the early money has come her way and we’re not surprised by that.

Rock showed punters what he is made of last campaign and he could start in similar fashion this time around. The Hawkes-trained gelding won three consecutive races before running fifth at Group 1 level.

He didn’t handle life at Flemington when running 12th last start behind Fierce Impact, but once again, that came at Group 1 level.

Dropping in grade helps for this run and we’re excited to see what he can offer this autumn.

God of Thunder wouldn’t mind some rain but the four-year-old has an explosive sprint in all conditions. The Hawkes-trained sprinter is coming off an impressive win at Randwick and running down the Flemington straight shouldn’t worry him.

There is a risk backing him at his first look at straight racing, but he’s a proven winner and he should give punters a good sight.

It’s last-chance saloon for Night’s Watch, which desperately needs to regain his best form. The Waller-trained six-year-old didn’t fire fresh up at Caulfield but he is a dual second-up winner, so that gives us confidence.

He has handled quality fields in the past and his record consists of eight wins from 30 starts. We’re prepared to give him another chance at the weights.

James Cummings lines up the five-year-old mare that went awfully close last start and she could go one better. She ran within a head of Sirius Suspect, which is solid form for this grade.

Craig Williams takes the ride off an inside draw and that could help her chances down the Flemington straight. Her consistency is enough to include her in selections.