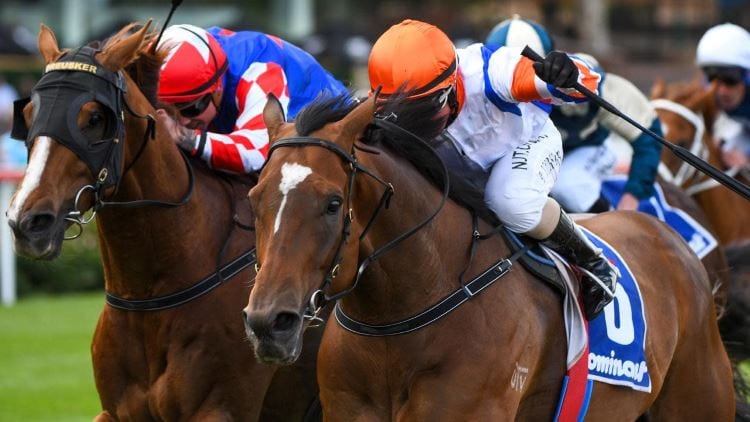 We have expert betting tips for the card this Wednesday at Flemington that features eight quality betting races.

Flemington welcomes in the New Year with eight good betting races. We have found our best value bets throughout the day, which includes the Bagot Handicap.

Team Maher/Eustace lines up the two-year-old filly that has race experience and that helps in a race like this.

The daughter of Deep Field finished third at Flemington on debut and form out of that race should hold up nicely this season.

Betting will tell punters the full story but we’re expecting plenty of action to be coming her way.

The Closer is closing in on another win after going well at Moonee Valley last time out.

She’s a four-year-old mare that had gone off the boil a touch after taking on group one and two company earlier this year.

She has needed some time to find her feet this summer and she should be rearing to produce a tough effort here.

Drawing barrier two is ideal and getting in this race with only 54kg is a steal.

We are loving the form of Yulong January, which has rattled off three consecutive wins and is rising through the grades nicely.

The four-year-old showed good early speed before not coping with the rise in class. However, this campaign he has been full of running.

He owns three wins already this campaign and that includes a two-length on this track last start.

The small field won’t do his chances any harm.

Bold Star is a professional winner of six from 15 starts and he’s coming off a solid one-length win on this track.

The Richards-trained son of Needs Further came from last to win on December 21 and wins like that should see him winning consistently.

The drop in weight from 59.5kg to 54kg is ideal and we’re expecting Bold Star to be tough to beat once again.

Chaska is shooting for three consecutive wins after winning at Hamilton and Bendigo leading into this.

The Maher/Eustace-trained four-year-old scored by a length two back and didn’t have much to do last time out, scoring by 1.5 lengths.

The strength of those fields wasn’t the same as what he’ll face on Wednesday, but he has plenty of improvement to come.

Just needs lucks from the draw.

La Bella Costa is coming off a tidy win at Geelong and although rising well up in class for this, she has ability.

The Matt Laurie-trained four-year-old is looking to go from maiden grade to BM70 in three starts and her maiden win came by 2.3 lengths.

Jockey Luke Currie will get a dream run off the inside barrier and we’re confident punters will get great each-way value.

Secret Blaze has won three of his five starts this campaign and the other two runs resulted in placings.

The McEvoy-trained gelding has now won six of his 22 starts, including a terrific win at Flemington last start.

He looked to be battling around the turn as Defibrillate went to the front but Secret Blaze kicked on strongly for the win.

Seeing out the 2800m distance won’t be a worry for this talented stayer and he’s still improving.

Les Smith lines up the talented three-year-old that is giving away experience but isn’t lacking in ability.

The son of Savabeel was a winner at Flemington two back before running fifth behind Warning in October.

That form has been franked at group one level and starting off his campaign at 1600m isn’t going to hurt his chances.

Punters should be getting good odds in the last race.