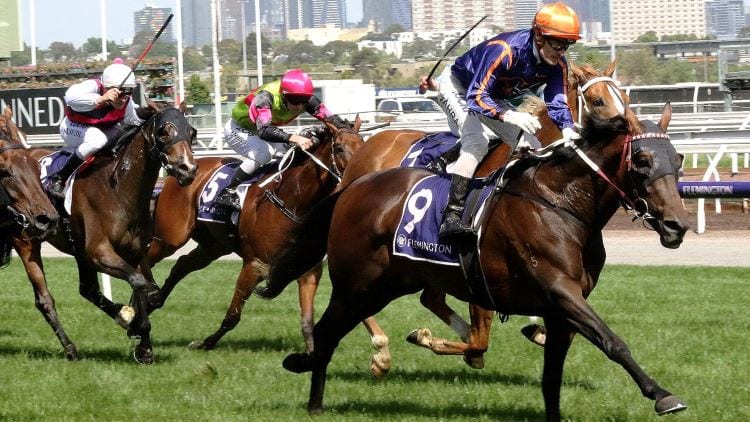 We have expert betting tips for Flemington this Saturday, where the fields present punters with each-way value.

There’s nine races to enjoy and we have free tips, form and odds for our best bets of the day.

St Edward’s Crown has been backed in from $9 to $5.50 and that’s worth capturing our attention.

The two-year-old filly ran second on debut at Seymour behind a nice type in the making and she could continue improving here.

Betting will indicate her winning chances but early signs are promising.

Ocean Deep is a nice type and she comes into this having posted a win at Caulfield.

The four-year-old mare hit the line with real power and she had to call upon her class late, holding off a strong challenge near the line.

She continues to run at each-way odds and if Michael Poy can find a nice spot in the field, she’s every chance of winning again.

Hitting form at the right time, Bandipur looks to win his third consecutive race. The James Cummings-trained gelding scored wins at Caulfield and Flemington coming into this.

His most recent win came on this track by a length and having another run down the Flemington straight is going to help his cause.

He owns a nice turn-of-foot and he has been well backed in early markets.

John Sadler lines up Big Night Out, which ran close at Flemington last start and that’s a nice form race coming into this.

The three-year-old finished off strongly and backed up his win from Sandown earlier this season, which came by over a length.

There’s not much between many of these but he represents the best winning chance for punters.

Short odds on offer for this Daniel Bowman-trained runner but after three wins in a row, it’s not hard to see why.

The four-year-old scored emphatically by 6.5 length at Sandown last start, suggesting that he could make the rise through the grades.

This will be his toughest test to date but he has shown good signs of improvement and there’s plenty of betting support.

Fidelia was a strong winner on this track last start and she has another win coming shortly.

The Not A Single Doubt filly scored by a length against a good field and that backed up an impressive victory at Sandown prior.

Her best form takes her very close to winning here and punters have taken the early odds and smashed bookmakers.

Declares Way has had an arduous campaign which continues this Saturday, but he hasn’t been getting much luck in the run.

The three-year-old is a three-time winner from nine starts and he wasn’t all that far away when 1.8 lengths behind them at Flemington last start.

The rise in distance should suit him and he’s a value chance in this.

Shoko is paying nice odds here to turn around a fairly average first-up performance at Flemington. She’s much better than that and she’s unbeaten second up.

She’s a winner of three from eight starts and with only 54kg on her back, she could rediscover that turn-of-foot she possesses.

Punters will be taking a risk with Shoko but the odds are too good to pass up.

Twice a winner already this campaign and that was a strong showing at Flemington last start when winning by 1.3 lengths.

He’s a capable runner for Chris Waller, which has been touted for bigger things and winning this race is well within his reach.

Nice odds on offer considering and Craig Newitt is a good jockey to have in the saddle.