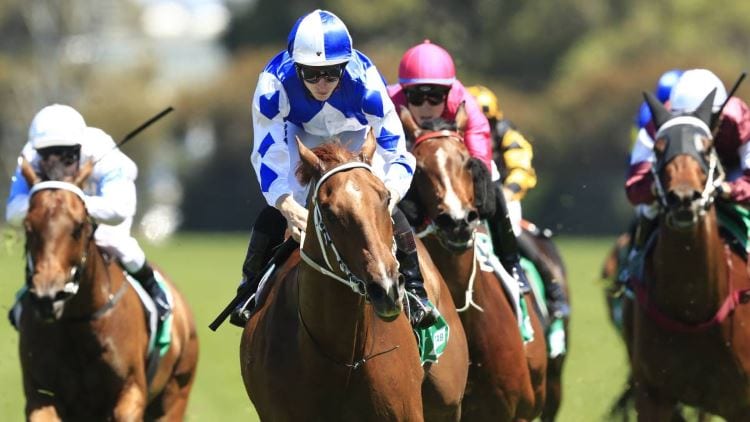 It’s the final day of the Melbourne Cup Carnival and what a card we have in store. The VRC Sprint Classic and Mackinnon Stakes are on the card.

We have our best bets on offer for every race, which starts at 12:15.

Mandela Effect has been expensive for punters this season but he finds a race that he should win.

The Scott Brunton-trained five-year-old is a winner of eight of 18 starts and he went close at Sale last time out.

He has experience winning some quality races in although that hasn’t quite shown up in Melbourne, he has the ability to win.

Punters have needed patience with Lucky For All, but the price is right for this run.

The five-year-old by Tavistock is a four-time winner from 14 starts, which scored a quality win at Caulfield when last in work.

He has been going through his gears this season and if he gets the right run in transit, he’ll be finishing off stylishly.

James Cummings lines up the three-year-old colt which has won both starts to date with some ease.

The son of Carlton House won by a length on debut at Hawkesbury before doubling down and winning at Newcastle by 2.5 lengths.

That came over a subsequent Randwick winner Palurien and we’re confident that form will line up nicely at Flemington.

Drawn wide but having a confident Craig Williams in the saddle helps.

True Self is a European runner which fought on nicely behind Prince of Arran in the Geelong Cup and we’ve seen that form stack up.

Trained by Willie Mullins, the six-year-old mare is an eight-time winner which has been well-backed in early markets and we’re not surprised.

She has the best form coming into this race and she will handle the 2600m distance.

The Kiwi runner has been knocking on the door of an Australian win and she gets a good chance here.

She’s a five-year-old mare which ran second behind Princess Jenni first-up at Moonee Valley before placing behind Spanish Reef at Caulfield.

Flemington is only going to suit her better and she will appreciate the rise in distance. She won back-to-back races over 2100m in New Zealand, so treat her with respect.

$5 is an each-way price worth taking.

Huge money is coming for Noble Boy, which opened at $10 in early betting markets.

The Todd Blowes-trained gelding finished fourth at Goulburn last start but that was actually against a hot field and he gets in light here.

He was good enough to win seven races from 11 starts and he will enjoy the wide-open Flemington circuit.

Unbeaten after two runs, Screenager looks a good chance of rising in grade and remaining unbeaten.

The three-year-old filly scored on debut by a nose at Kyneton before pushing along the rail to win at Bendigo last start.

That was a good ride and although Damien Oliver isn’t riding this time around, having Kerrin McEvoy in the saddle isn’t a step down.