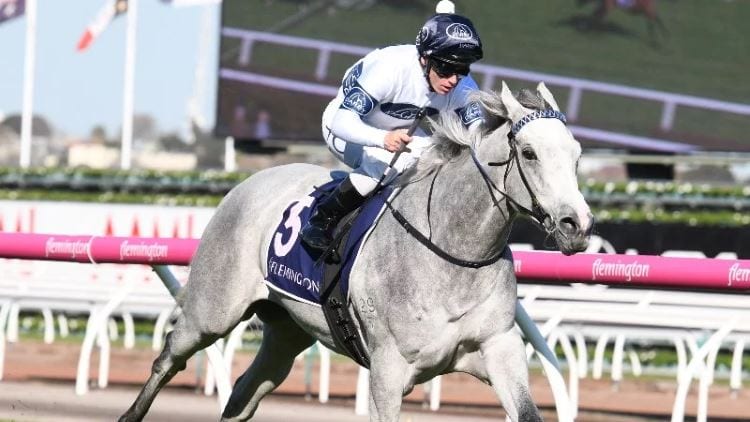 We have expert betting tips for the card this Wednesday at Flemington, which features eight quality betting races.

It’s a big and rare midweek card for Flemington. The Derby and Oaks Trials are both running this Wednesday and it’s always one of the better midweek cards in Melbourne.

John Moloney lines up the two-year-old filly which has looked handy at the trials.

The daughter of All Too Hard scored a 3.5-length win at the Cranbourne trials and that form usually stacks up nicely come race day.

She defeated some race rivals in this and drawing barrier six down the Flemington straight isn’t a negative.

Soul Patch was a convincing winner on debut at Ballarat when scoring by just under a length.

The Ken Keys-trained runner then ran a huge second placing at Sandown when coming from last to finish just a length behind The Lifeline.

His turn-of-foot was impressive and that holds the three-year-old colt in good stead for this.

Tony Pike brings over the four-year-old mare following her win at Hastings last time out.

The trip across the Tasman shouldn’t worry the mare by Darci Brahma, which has been around some nice thoroughbreds during her career.

She has been given the visitors draw of 17, but with some luck in running, she could finish over the top of them late.

James Cummings lines up the three-year-old filly which ran a good race for second at Sandown last start.

She came from near last to finish only 1.8 lengths behind the winner and a similar effort should see her running close against this opposition.

Carries a big weight of 60.5kg, but the daughter of Lonhro has some quality about her and she has experience running at Flemington.

Ruban Bleu isn’t the most consistent thoroughbred around but he’s in form having won at Flemington last time out.

That came on a heavy track but he does own form on good tracks and his confidence will be up following his win last month.

The two-time winner ran third behind Sylvia’s Mother prior to that and that form holds up very well for midweek grade.

Looks tough to beat and should be well favoured.

Mark Newnham lines up the consistent filly which ran a good second placing behind Kiwi runner Subpoenaed last time out.

That form looks good for this and rising in distance from 1300m to 1800m looks ideal for the daughter of Hinchinbrook.

Tim Clark might look to settle Celestial Falls closer to the pace and Clark is the best front-running jockey in Australia.

The Danny O’Brien-trained colt was a gutsy winner last time out at Bendigo and that form looks good for this.

He is a son of Zoffany which should see out this distance and rising from the mile to the 1800m holds no concerns.

Craig Williams has plenty of experience riding Derby types and with a good run throughout, he should be very tough to hold out.

Four-year-old gelding Secret Vega comes into this following a win at Geelong. That came by 1.3 lengths and he made up plenty of ground in the straight.

He’s a son of Lope de Vega which owns three wins and three placings from 11 starts. That record looks good enough to take this out and he doesn’t rise up in weight too much.

This is an even field and he could go back-to-back in quick succession.