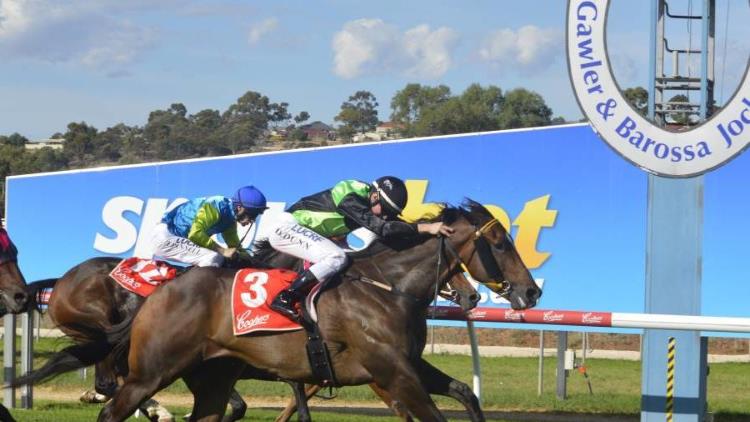 We have expert betting tips for the card this Saturday at Gawler that features nine quality betting races.

Gawler has been home to racing in South Australia for the last few weeks and punters have enjoyed the change in scenery.

We have the best value bets for all nine races this Saturday.

Full Tilt has a win and a second placing from six starts and he looks a good winning hope in this race.

The four-year-old scored by a narrow margin at Port Lincoln last start and he’s capable of going back-to-back with the rise in distance.

Jockey Krystal Bishop won’t have to do much work off the inside barrier and it should see him fighting out the finish.

Air Marshal didn’t show too much at his first few starts, but scored a big win at Murray Bridge last start.

The Will Clarken-trained three-year-old settled last throughout the run and came with a huge run down the outside to score by a half-length.

We’re expecting him to settle closer to the speed here and that should give him a good winning chance.

Watch the tote for any big betting moves.

It won’t take long for the Stokes-trained runner to get off the mark following three consecutive placings.

The three-year-old filly finished second at Sale last start and meets an easier maiden field for this, so her chances of winning are high.

Her placings came behind some city-class types and running here with only 54.5kg makes her one of the bets of the day.

Punters should allow Allusion another chance after he was beaten as the $1.90 favourite last start.

The McEvoy-trained four-year-old settled near the back and was unable to pick up the leader, but it was a nice effort.

He drops down in grade for this run and the son of Not A Single Doubt should have the class to go one better.

It was a narrow win for Dr Dependable two weeks ago at Murray Bridge, but he got the job done.

The five-year-old scored his fifth career win from 29 starts and he also has 13 placings on his record.

He has been in work for a long time this season but he’s running well and that’s a good sign heading into this run.

We’re expecting short odds from the inside draw.

La Vita scored an impressive win at Morphettville two back before running a narrow second at Gawler.

The four-year-old mare scored by 1.8 lengths in December and although beaten last start, she sprinted late and lost no admirers with the second placing.

Jason Holder sticks with the mare and she could improve on her already impressive record at Gawler, which includes a win and two placings.

We’ll keep backing Enough Swagger until she suggests that she won’t win a race. She has won four in a row, including a gutsy 1.8-length win at Murray Bridge last start.

The in-form mare has now won seven of her 15 career starts and there is no reason why she won’t win again.

She stays in the same grade and is only penalised 1kg. That should see her fighting out the finish once again.

It has been a long time between drinks for Good ‘N’ Fast, but the former Melbourne winner could get back to that form.

He’s still trained by Lindsay Park and it’s good to see them keeping the faith with the four-year-old.

The son of Sebring wasn’t all that far away when sixth last start and a repeat effort could see him adding value to multiples.

Icon has had two starts this campaign for a second and a fourth. The Corstens-trained runner is talented at best and could get back to winning form here.

His most recent win came at Ballarat last July and despite drawing wide in barrier 13, he could flash home late down the outside.

Each-way odds should be available.