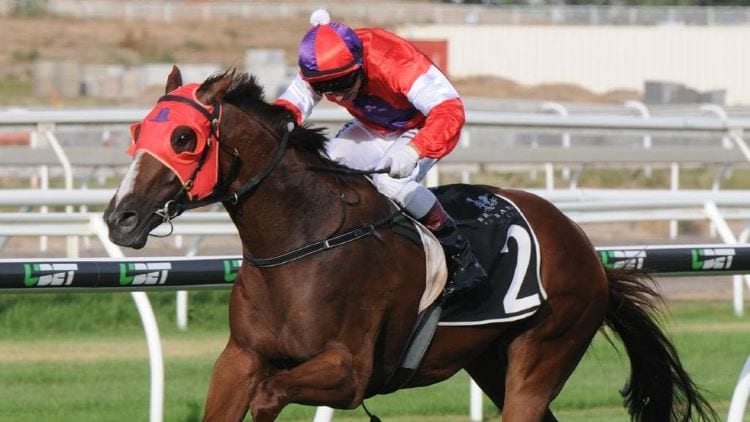 We’re only a week away from the $10 million Magic Millions race day at Gold Coast, but first we have a nine-race meeting this Saturday.

We have done the form to find our best value bets for all nine races in the Sunshine state on January 5.

Formerly with Brad Widdup, the four-year-old mare didn’t quite perform at her best since arriving at the Toby Edmonds stables, but this is a big drop in class.

Having been running in open company at Caulfield and Flemington, dropping back to C3 class at Gold Coast is going to help and she deserves to be an odds-on chance against this level of opposition.

Toby Edmonds and Jeff Lloyd could go back-to-back with Windermere in the second race of the day. The filly broke maiden grades last start when winning by four lengths at Ballina and that’s a good form guide for this.

The well-bred daughter of All Too Hard gets into this with only 54.5kg on her back and that should see her turn-of-foot become more explosive.

Articus doesn’t have exceptional form coming into this race but he has been running against some nice types throughout his career.

Trained by Kris Lees, the ageing seven-year-old finished 11th at Randwick last start when 5.1 lengths behind Sky Boy. That form alone wouldn’t be good enough to win this but his starts prior included placings behind Interlocuter and Mahalangur.

That form is better and he could go close in this.

Team Edmonds and Lloyd join again but this time the four-year-old is at a great price of $13 and punters are getting value.

The All Too Hard gelding has won and placed twice from nine starts and although his recent starts haven’t been top level, he drops in weight and that could make all the difference.

His best takes him close and there’s value with Evolo.

This race looks to be a battle of the Edmonds-trained runners and we’re going with the one that’s at better value.

Impregnable is coming off an upset win last start and gets into this race with only 54kg on his back. He drops from 57kg last start and although facing a harder field, he has always possessed enough ability to win at this level.

We expected Exhilarates to be much shorter in the market after running second behind Unite And Conquer, which is the current Magic Millions 2YO Classic favourite.

Trained by James Cummings, the two-year-old has run second at her last two starts and they have been solid efforts in defeat.

She’s a smart filly by Snitzel and despite drifting from an opening quote of $3.80, she should be tough to beat.

Matthew Dunn lines up the talented three-year-old which hasn’t been tested in two wins to date at Lismore.

The filly by Snitzel scored emphatically by four lengths last start and although that came in rating 58 grade, she looked to have plenty more in the tank.

She’s an exciting type which gets in well at 55kg and should prove tough to hold out.

Oink has had punters squealing with pain this campaign after three starts for two minor placings, which carries on from his consistent campaign prior.

That was also winless and punters are starting to get impatient with the five-year-old, but he has talent at his best and he gets a great chance to return a winner off the inside barrier with 56kg.

$4 is about the best odds you’ll get for Oink in a race like this.

That wasn’t a bad performance last time out at Eagle Farm and although it reads as a sixth, punters should overlook that result.

His form prior included consecutive wins at Ipswich and Doomben. This field is no harder and he’s going to enjoy a dream run from barrier two.

There has been good specking throughout the week so consider as a winning hope.