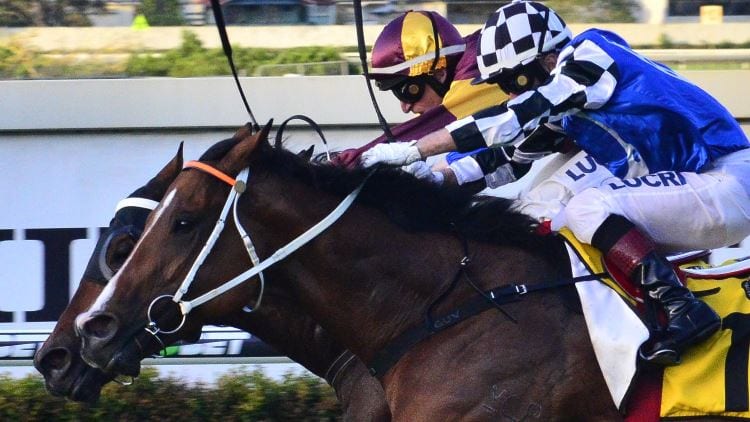 We have expert betting tips for the card this Wednesday at Gold Coast, which features nine quality betting races.

Temperatures soar in the Sunshine State and so does the race. Gold Coast boasts an impressive nine-race card for punters to enjoy this Wednesday.

Trial form from Blazing Fury hasn’t been blazing, but there could be some confidence in the market.

Dunn has opted to scratch The Move and jockey Jim Byrne will ride Blazing Fury, which is a good sign.

The three-year-old filly wasn’t asked for much at the trials and it could pay to follow any positive betting moves with this runner.

Badoosh has race day form and that’s going to stack up nicely in a race without many experienced types.

The three-year-old by Sebring has placed in four of his six career starts, including three consecutive second placings when last in work.

Comes into this race having scored two trial wins at Gold Coast and he should be in fit condition for a top run here.

The Michael Costa-trained filly ran nicely in a tough race at Sunshine Coast last start and this looks slightly easier.

She’s a daughter of Holy Roman Emperor which fought well behind Dusty Tycoon on debut and we’re expecting the form out of that to hold up nicely.

Gets in nicely on the weights at 54.5kg and having Robbie Fradd in the saddle is going to help. Should go close here.

The Move lines up here after being scratched in the opening race on the card. He was the beaten odds-on favourite on debut, but could rebound here.

Trained by Tony Gollan, the colt by Hinchinbrook led throughout but couldn’t quite hold the lead close to the line.

He will only improve from the run and given he gets the inside draw, he should prove tough to hold out here.

Lolly Dolly didn’t show much on debut but quickly improved to run second at Lismore last time out.

The lightly-tried five-year-old was within a length of the winner last start, despite paying $20 with bookmakers.

She’ll likely be much shorter in the betting here against an easier field and drawing barrier four should see her land on the pace.

Cuban Sizzle is a consistent type which has won three and placed in eight to date.

The Kris Lees-trained five-year-old hasn’t showed her best recently but she scored consecutive wins in the autumn and that form would take her close here.

She faces a field that isn’t packed with quality types and she could pay a nice price to win with bookmakers.

She’s certainly worth including in selections.

The Matt Dunn-trained four-year-old isn’t far off a win after posting some moderate performances this season.

He’s a three-time winner from 19 starts and he has the ability to rise through the grades. His last two starts have been encouraging performances and he could get back to winning form.

He scored back-to-back wins at Murwillumbah and Ipswich earlier this year, so go on that form and he could pay a good price.

Remuera is a former Kiwi which finally lived up to expectations when scoring at Eagle Farm last start.

The Chris Waller-trained import showed solid form in Melbourne and Sydney, but wasn’t able to put it all together.

However, that changed last start when winning over a good field and she could now rise through the grades nicely.

Just needs some luck from the wide barrier.

Kris Lees lines up the six-year-old gelding which comes into this following a win at Doomben.

He was too good in the run to the line and that was his second win from his last four starts. The other came at Lismore in September.

Drawing barrier five will see him land on the speed and give a good kick in the straight.

He should prove tough to get past.