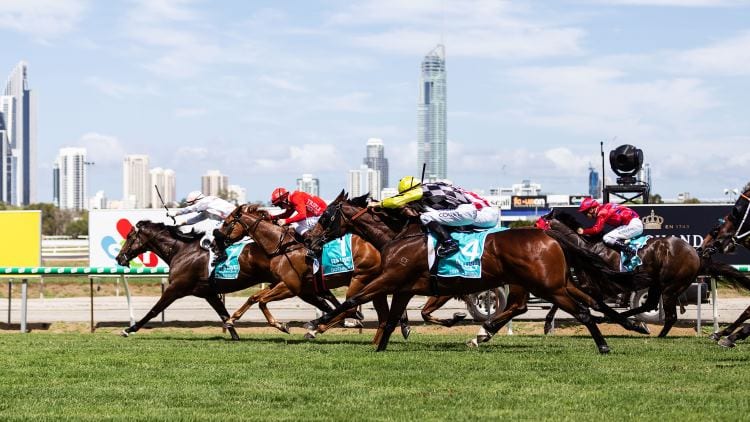 We have expert betting tips for the card this Saturday at Gold Coast that features nine quality betting races.

Punters get even betting fields throughout the day at Gold Coast and we have our best value bets.

Mishani Miss is a three-time winner from eight starts and she looks like a nice type in the making.

The daughter of Denman scored a two-length win at Doomben last start, and despite rising in weight, she gets the benefit of a 3kg claimer.

We are expecting another tidy effort from Mishani Miss.

Express Fantasy scored back-to-back wins before running second at Doomben last start. The five-year-old mare was beaten by Superbowl Sunday, but she didn’t lose any admirers.

Her two wins prior were quality outings and getting down in the weights at 55.5kg should be ideal.

Drawing barrier 10 makes it harder, but she should be tough to beat on Saturday.

She is the class runner of this field and despite being the best runner, she gets in with only 54kg on her back.

That should be enough to see her figure in the finish once again.

The Steven O’Dea-trained gelding finished second behind Mishani Miss last start, so that should be a good form guide for this race.

He has had three starts for a win and two second placings. It is tough to overlook that excellent form and getting 2kg off his back is ideal.

Look for a betting guide on race day.

Fastnet Cyclone is a Stuart Kendrick-trained gelding that isn’t getting younger, but is still performing at a high level.

The eight-year-old is coming off a win at Eagle Farm, and he hasn’t finished worse than third at his last five race day starts.

The son of Fastnet Rock looks a solid winning chance and he could pay a value price.

The Move faces a tough field here but the four-year-old gelding is capable of producing consecutive wins.

He defeated a small field of four runners at Ipswich last start, but the win came by over six lengths. There was plenty of merit in the performance, and getting in with a light weight is ideal.

We are expecting a tidy effort from a rising city-class type.

Kisukano is a quality three-year-old filly that owns six wins from eight starts. The daughter of Bel Esprit scored a tough win at Eagle Farm last start and she can handle this grade.

Making the rise in class from age-group to open-class isn’t easy, but carrying 53kg is ideal and she should be tough to beat at the weights.

Watch for a betting move throughout the week.

Zoustyle made an incredible start to his career and although recent form is average, he deserves another chance.

The son of Zoustar won his first six starts before contesting tough races, and that increased level might have flattened him a touch.

This race is ideal and with the right run in transit, he shouldn’t be far away.

Slow Hands has yet to win this preparation but he has been running good races. The six-year-old ran second at Doomben two back, before being unsuited by the small field last time out.

He is only a three-time winner but with 13 placings to his name, he is always around the mark and punters often get good value.