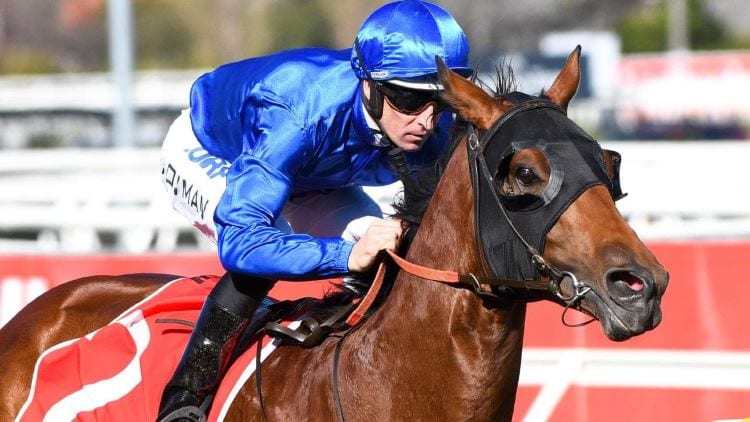 The Group 1 Golden Rose is one of the most anticipated age-group races this spring.

Worth $1 million, a field of eight will line up for the big money and it’s a cracking field for the 2019 edition.

Bivouac and Exceedance square off again and there’s a host of other quality thoroughbreds in action. 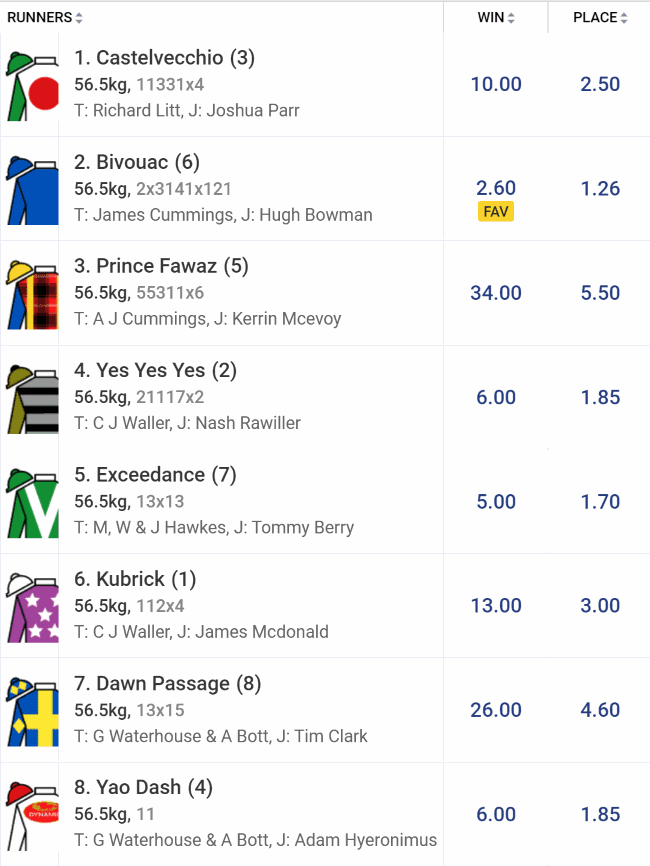 Our best bets for the Golden Rose 2019

Castelvecchio is a Group 1-winning colt which will be looking for more ground, but comes into this if they run quickly up front.

Trained by Richard Litt, the three-year-old has three wins from six starts and has a tendency to get right back during the run.

That means he needs a strong tempo up front and he might not get that here. It looks a tactical affair.

Bivouac showed what he can do on a dry track when beating many in this field last time out.

The win came in the Run to the Rose and that’s typically the best form guide. He let down with a big sprint and scored by two lengths over Yes Yes Yes.

The track is currently rated in the soft range, but that shouldn’t be too much of a problem and he looks the hardest to beat in a great field.

Having Hugh Bowman in the saddle doesn’t hurt either.

Prince Fawaz is in a similar boat as Castelvecchio. He wants more ground and will be a massive Group 1 chance when that happens.

The Anthony Cummings-trained runner will likely be run off his feet against this opposition but there have been bigger upsets.

Betting movement has been a little interesting for the Chris Waller-trained Yes Yes Yes.

He opened at $6.50 and was immediately bet into $4.60, but his odds have since drifted out again.

The son of Rubick was good enough to win three consecutive races last season and he needed the run last time out.

He’s a big threat to the favourites here and we wouldn’t be leaving him out of calculations.

Any easing of the racing surface is a massive bonus for Exceedance and if the track stays in the soft range, expect a top effort.

The good-looking son of Exceed And Excel has stud career in the making and winning the Golden Rose would cement that.

He’s only three but already presents like a stallion and although beaten last start, he didn’t enjoy the track conditions.

Better for the run and he should go close.

Kubrick needed the run last start and he shouldn’t have lost any admirers with the run.

He’s a smart son of Shooting To Win, who might not have the profile of some runners in this race, but he has the ability.

His win at Rosehill last preparation was a quality outing and drawing the inside barrier could see him settle closer to the pace here.

A touch disappointing last start but like some others in this field, he will get better with time.

The Waterhouse/Bott-trained colt gets back during the run but we wouldn’t be surprised to see the trainers change it up.

Gai Waterhouse loves her runners to go forward and because there’s not much speed in this race, Dawn Passage could get a soft lead.

He’s the outsider in the field but shouldn’t be completely discounted.

Strong money has come for Yao Dash, which remained unbeaten with an all-the-way win at Randwick last start.

The gelding scored by a half-length over subsequent winner Funstar and that form has been well and truly franked.

He’s the speed in this race and that could win it for him. If they let him get away with murder in front, Yao Dash will have enough speed to hold them off.