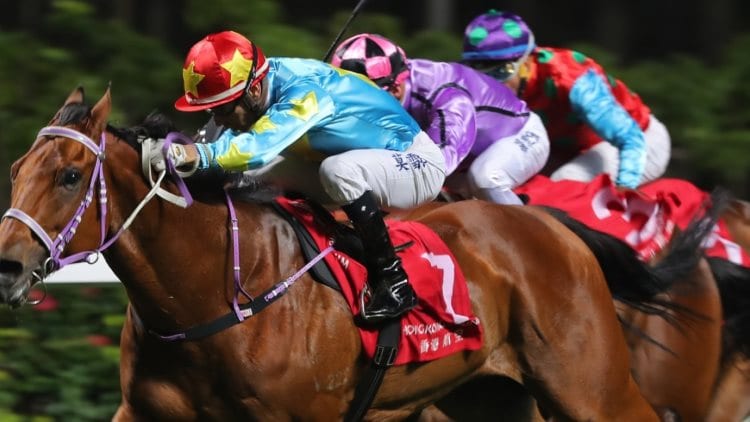 We have expert betting tips for the card this Wednesday at Happy Valley, which features nine quality betting races.

Happy Valley is one of two tracks in Hong Kong and it’s always a high-quality midweek meeting on display.

It’s tough to back against Zac Purton at the moment and he could get his night off to a winning start with Aquila.

The Ting-trained runner finished off nicely for second on debut before resuming last start and running fifth. Most of the money is with the debutant Run Beauty Run, but Aquila has experience on the board.

That’s going to help nicely for this run.

Bonito has hit top form with a win and two second placings from his last three starts. The Ho-trained runner likes to make his own luck in front and that typically bodes well over this distance.

His most recent run came on this track where he finished second over this distance and this field looks slightly easier.

If he’s able to get a good ride from Aldo Domeyer, expect Bonito to be right in the thick of the action from barrier three.

Lady First is struggling to win a race but it looks a good chance to score an overdue win here. It finished nicely for third two back and that came on this track.

His subsequent run came at Sha Tin where he was outclassed in running sixth but he’s going to find this much easier.

It’s another top ride for Zac Purton and he’s carrying many horses over the line at the moment.

Yes, it’s another Zac Purton ride but with good reason. He partners Touch of Luck, which has been running very well this season.

The John Moore-trained four-year-old has had four starts for a win and three placings. That consistency is a good start to his career and they have all come at Sha Tin.

There’s not a lot of winning form in this race and Touch of Luck should be an odds-on chance.

There will be plenty of support for High Rev, but Enfolding has drawn much better in barrier four and that can make all the difference.

Caspar Fownes lines up the five-year-old gelding which is coming off a second placing at Sha Tin. Prior to that he placed twice at Sha Tin and that form bodes well for this.

A win isn’t far off for the Irish-bred.

Beauty Charisma entered Hong Kong with plenty of hype but was awful on debut at Sha Tin. The former Australia won two races offshore but finished last of 11 runners in April.

He did pull up with a minor issue and hung badly throughout the race. If he’s able to overcome those negative factors, he should be a good chance here.

Zac Purton jumps off his back to ride Jumbo Happiness but don’t lose faith in this runner.

Fairy Twins is an Australian-bred runner which has performed at good levels throughout his career. He wasn’t too far off them last start at Sha Tin and he often runs well fresh up.

He’s drawn to sit on the pace from barrier three and Derek Leung should be able to get the best out of him and cause an upset at nice odds.

Winning form is good form and True Grit has that in spades. The John Size-trained son of Wanted is unbeaten in four career starts and looks a real up-and-comer.

All four wins have come at Happy Valley and although he only narrowly won by a nose last start on June 26, he pulled out plenty in the run.

Punters are averaging $2 with this runner and they should expect a similar price this time around.

Speedy King is a consistent five-year-old which has six wins and seven placings from 19 starts. That’s a good record to date and he’s coming into this off a tidy effort.

He ran two lengths behind the winner at Happy Valley and his win prior to that at Sha Tin was top class. That came in a highly-rated race and that form bodes well for this.

Drawn well and he looks a nice type.